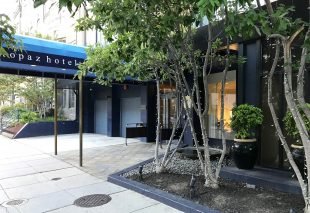 Greetings from Chester Theatre Company’s first theatre trip to Washington, DC. Twenty-five travelers journeyed to the capital for a week of theatre, conversations, museums, and monuments. About half our group took the short flight from Bradley, while others met us here. A quick bus ride from Reagan National, and we had arrived at the lovely Topaz Hotel. Situated on a beautiful street on Embassy Row, we’re two blocks from Dupont Circle and the Dupont Circle Metro station.

We all gathered in the evening for a terrific dinner at the hotel, where we heard from board president Wendy Davis. Travelers introduced themselves, and we shared our excitement for the week ahead.

The next morning after breakfast at the Topaz, we were joined by Nelson Pressley, theatre reviewer for the Washington Post. He gave us both background on the history of the Washington theatre scene, and an introduction to the theatres and plays we’ll be seeing.

During the day, travelers had a range of plans. One popular option was the Phillips Collection, the country’s first museum of modern art, located a pleasant walk from the Topaz. The collection is remarkable, including a Rothko room that is deeply meditative in its effect. A new Renoir and friends exhibit was particularly notable, featuring an impressive array of works, concluding with Luncheon of the Boating Party. 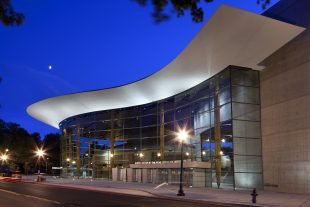 That evening, we traveled to Arena Stage Company’s Mead Center, an amazing glass enclosed building in the Waterfront Area. We were there to see Native Gardens by Washington, DC playwright Karen Zacarías (whom we had learned more about from Nelson Pressley earlier in the day). The play is a co-production with the Guthrie Theatre in Minneapolis, and tells the story of two neighboring couples in a stately Washington, DC neighborhood. A particular treat for many travelers was the chance to see Steve Hendrickson, a frequent performer at Chester Theatre Company, in the play. His bio in the program made mention of his work in four performances at Chester Theatre Company, including in An Iliad, for which he won the Berkshire Eagle’s best actor award. 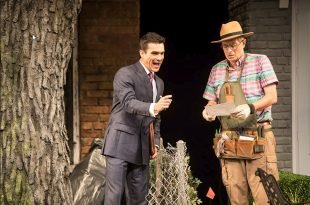 Tomorrow morning, we’ll have our first Talkback, a conversation about Native Gardens. Then it’s back out into the beautiful weather we’re enjoying. Travelers also have passes Thursday to visit the new African American Museum of History and Culture. Then we’ll be visiting the Studio Theatre to see Lucy Kirkwood’s play The Effect. We’ll check back in soon, to fill you in again!