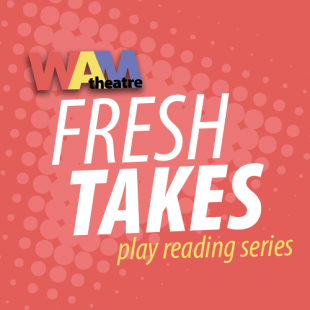 Founded in 2010, WAM (Women’s Action Movement) Theatre is a professional theatre company based in the Berkshires. Inspired by the book “Half the Sky: Turning Oppression into Opportunity for Women Worldwide” by Nicholas Kristof and Sheryl WuDunn, WAM Theatre’s philanthropic mission is two-fold. First, WAM Theatre creates theatrical events for everyone, with a focus on women theatre artists and/or stories of women and girls. Second, WAM Theatre donates a portion of their proceeds to organizations that benefit women and girls. Since 2010, WAM Theatre has donated more than $10,500 to its beneficiaries. To learn more about WAM Theatre and their unique “double-philanthropic” model, click here.

This year, WAM Theatre has added to their roster of summer programming Fresh Takes, a play-reading series, which will give a “stage” to five new and reimagined works that tell women’s stories featuring local actors and directors. With WAM Theatre and CTC’s shared interest in producing contemporary theatre, I reached out to Kelly Galvin, WAM Theatre’s Artistic Associate, to learn more about this new program. 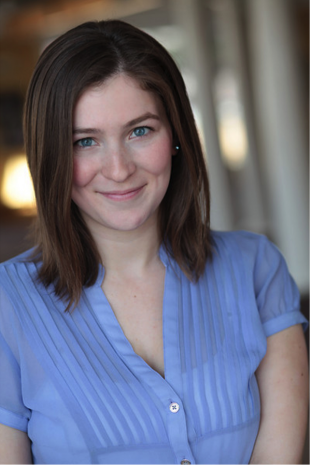 The plays chosen for this summer’s Fresh Takes all share a common theme of focusing on the experiences of women and girls as a means of telling stories that “speak to the human spirit,” said Kelly. “Other than that common thread, we’ve chosen five really diverse works, each of which fit WAM Theatre’s aesthetic in a different way. Blue Stockings is set in 1880s London as the women of Girton College at Cambridge fight for their right to graduate. Our second reading is Shakespeare’s Measure for Measure (May 18) given the WAM treatment with an all-female ensemble. How the World Began (June 22) is a contemporary piece, very provocative, smart, and touching, while Seven Homeless Mammoths Wander New England (August 17) is a light but poignant contemporary comedy. Our final reading is Waxworks (September 21), a period drama that tells the story of a young Madame Tussaud, learning the art of wax-working at the dawn of the French Revolution. So we’ve got a real variety of pieces and each one will engage our audiences in different ways.”

Some of the plays chosen are under consideration for future, fully-staged productions at WAM Theatre, while others are out of the reach to produce now but have themes or stories WAM Theatre is interested in exploring or telling. Similar to CTC, WAM Theatre seeks to have an intimate dialogue with their audience about the content of their plays. Each reading is accompanied by a post-reading discussion, encouraging feedback on which plays audience members would like to see WAM Theatre produce.

WAM Theatre’s upcoming May 18 reading of Shakespeare’s Measure for Measure is the first time WAM Theatre will present a work by a classic playwright. “We were interested in presenting an all-female classical piece since our community boasts some spectacular classical actresses who we don’t get to see onstage together very often. Measure for Measure seemed like a great fit for us. I’ve always been really drawn into Isabella’s experience in the play– she’s becoming a nun, something that she seems very passionate about and committed to, but when her brother is going to be executed she pleads for his life to the deputy Angelo who offers her brother’s life in return for her virginity. To me, it’s actually a disturbingly familiar story about how people can use power to exploit and abuse the disenfranchised (who are often women). We knew that a group of women would bring a lot of insight to this play and illuminate it in new ways.”

Fresh Takes is hosted by No. Six Depot Roastery and Café on 6 Depot Street in West Stockbridge. The readings will take place on the following Sundays at 3:00 p.m:

There are only 25 tickets available per reading. Tickets are $20, which includes the post-show discussion and the opportunity to meet the cast and director. Refreshments will be available for purchase at the Café. For more information, or to buy tickets to Fresh Takes, click here.