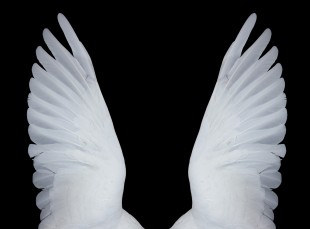 The second installment in CTC’s Uncommon Love Stories season – The Swan by Elizabeth Egloff, will open on July 18th and play through July 29th. Egloff’s magical, mysterious and comic riff on the classic Leda and the swan myth is sexy, funny and filled with magic realism. New York Newsday hailed the The Swan as “A bewitching bedtime story for grown-ups.”

The Swan is the story of Dora Hand, a nurse who lives by herself on the Nebraska prairie. She’s lost three husbands to series of bizarre mishaps and seems destined to play the mistress to her married milkman, Kevin — until a swan crashes into her living room window. Strangely, the swan transforms in to a charismatic and child-like man who quickly learns the ropes: speech, clothes, checkers, pizza, beer, and unconditional and consuming love for his new mistress. The play is a vivid exploration of the question “What happens if that all-consuming love one yearns for actually appears?”

Elizabeth Egloff’s plays include: The Swan, which has been produced throughout the United States and abroad; The Devils, winner of the prestigious Weissberger prize; The Lover (premiered at Baltimore’s Center Stage); Wolf‑Man (premiered at Manhattan Theatre Club); and Phaedra (premiered at the Vineyard Theatre). She is also the recipient the Lila Wallace Readers Digest Foundation Writer’s Award, the Oppenheimer Award, and the Kesselring Prize. Ms. Egloff is the founder of The Legacy Project, a workshop for chronically ill writers.

Daniel Elihu Kramer is the Artistic Associate at CTC, where his previous directing credits include last season’s acclaimed production of The Turn of the Screw and Gulf View Drive, the third installment of Arlene Hutton’s Nibroc Trilogy. CTC’s production of his play Pride@Prejudice, will be presented at Capital Repertory Theatre in Albany in the Fall of 2012. Daniel was a Founding Artistic Director of Salt Lake Shakespeare, Associate Artistic Director of Spiral Stage, and Assistant to the Artistic Director of Circle Repertory Theatre. Recent awards include an Elliott Norton Award for Outstanding Production for A Midsummer Night’s Dream at Boston Theatre Works, and Critics Circle awards for Best Production and Best Direction for The Pillowman at the Contemporary American Theatre Company. He teaches acting and directing at Smith College.

Joel Ripka (Bill), returns to CTC following his turns as Hamlet in last season’s hit production of Wittenberg and Raleigh in the 2010 Nibroc Trilogy, a role he reprised when CTC’s production of Last Train to Nibroc transferred to the Peterborough Players in New Hampshire. He has worked extensively in the Pittsburgh theatre scene, including: The Pittsburgh Public Theater, The Irish and Classical Theater, Playhouse REP, City Theatre, and The Jewish Theatre of Pittsburgh, appearing in Othello, Beautiful Dreamers, The Clockmaker, Ah, Wilderness, The Real Thing, Hamlet and Crime and Punishment.

Jacob H. Knoll (Kevin) is making his CTC debut. His new York credits include Hamlet in Hamlet, Ivanov in Chekhov’s Ivanov, and roles in Strindberg’s The Creditors and Shakespeare’s Henry V. A graduate of the Yale School of Drama, Jacob has also worked regionally at Baltimore Center Stage (‘Tis Pity She’s a Whore) and Shakespeare & Co. (Hamlet).