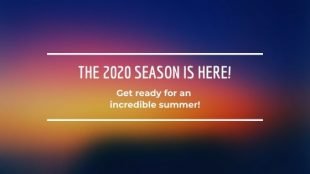 Chester Theatre Company (CTC) is expanding its reputation for “some of the most adventurous programming in the area” (The New Yorker) with a season that includes its first-ever World Premiere commission, and a New England Premiere that will kick off the summer.

This season marks CTC’s 31st, and its fifth under Producing Artistic Director Daniel Elihu Kramer. Co-founded in 1990 by former Artistic Director of Dublin’s Abbey Theatre, Vincent Dowling, with the belief that every town should have a professional theatre, CTC has grown both in scope and reputation in the past three decades.

From the season opener, a literary thriller set in the Alps, to the closer, a work that brings to life the letters sent to the writer of “Dear Sugar,” the company’s 2020 programming will excite, entertain, and move audiences in the intimate space of the Town Hall Theatre. CTC takes on challenging topics, including race, loneliness, celebrity, and abuse and trauma, and presents them in a way that invites engagement and conversation. Sixty percent of CTC’s performances are followed by post-show events that give the audience and community an opportunity to share in their experiences and learn more about the work they’ve just experienced.

“I love the journey our audiences will take this summer,” says Kramer. “It’s a thrill ride of the very best kind: provocative, chilling, funny, and moving. Each of the four plays, all written by women playwrights, offers a gripping story, remarkable characters, and plenty of fodder for the deeper conversations our audiences cherish.”

“[Switzerland] grows with intrigue as it moves forward, pulling back the layers of its two characters to reveal their true selves—neither being who they initially appeared to…and the result is gripping.” (Entertainment Weekly)

June is lost, adrift. What went on in her house when she was a child prevents it from being her home now. Living with her chosen family in the house next door, June is moving between a life defined her past and a life that might just include a future. Keira Naughton, nominated for a Best Director Award by the Berkshire Theatre Critics Association for her work on last season’s hit Curve of Departure, directs. A World Premiere commissioned by Chester Theatre Company through a gift from Frances Henry and Walter Korzec.

“Darcy Bruce has written a remarkable play, inspired by Fran Henry’s work to stop abuse,” says Kramer. “Through Fran and Walter’s gift, we have the opportunity to share this story of love and hope from one of America’s most promising young playwrights.”

During office hours, in a discussion about slavery and the American Revolution, the gloves come off between an ambitious student and her professor. When the niceties are abandoned, neither comes out unscathed.

Bestseller Wild), Tiny Beautiful Things offers affirmation of love and loss, of pain and pleasure, of intense loneliness and shared humanity. Adapted for the stage by Nia Vardalos (My Big Fat Greek Wedding), Tiny Beautiful Things is the story of what we can feel and learn when we open up to hearing the answers to questions we can’t figure out on our own. Starring CTC Associate Artistic Director Tara Franklin as Sugar.

“Tiny Beautiful Things turns out be about the endangered art of listening to — and really hearing and responding to — other people.” The New York Times

In addition to the four mainstage productions, the company will be introducing two cabaret evenings featuring current and past CTC artists, hosted by beloved Berkshire performers James Barry and Tara Franklin. Audiences can expect music and theatrical performances. More details to come.

Individual ticket prices are $42.50. Chester and Middlefield residents, members of the military and their families, ConnectorCare enrollees, and those holding EBT/SNAP cards may purchase discounted tickets at the door or by calling the box office. Student Rush $10 tickets are available day of show. Single tickets, season subscriptions, and flex passes may be purchased online at chestertheatre.org, or by phone at 413.354.7771. Special rates for groups of 10 or more are available.