Ever since our first CTC London Tour nine years ago, we have opened the first full day in London with a talk by Matt Wolf, theatre critic for the INTERNATIONAL HERALD TRIBUNE, and regular contributor to THE NEW YORK TIMES. Matt is an American who came to London in the mid-70’s on a student visa and never left. His knowledge of the London theatre scene is encyclopedic and his love for the art form is ever palpable. 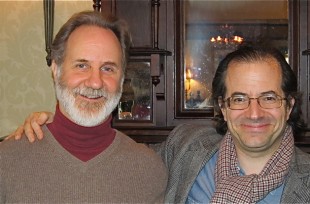 Our daily TalkBacks are held in the cozy upstairs lounge of an historic pub, The Swan. The Swan was the last stop prisoners made on the way to the gallows at Tyburn, now Marble Arch, and that journey gave rise to two expressions: “One for the road” and “He’s on the wagon.” The gaoler would pull up to the pub and come in to order one last drink for the unfortunate prisoner “Give him one for the road.” The men in the bar would say of the prisoner “He’s on the wagon”, meaning the prisoner was about to have his last drink.

He opened by providing an overview of the current season which has featured an unprecedented number of major stars in interesting new vehicles. New musicals are also pumping interest and excitement into the West End (think Broadway). After the overview, he gave us informative and appetite-whetting previews of the five plays we’ll be seeing before closing out with a Q&A session that included suggestions for other plays to see in the week we’re here, with a special appreciation for PETER AND ALICE the new vehicle for Dame Judi Dench in what is rumored to be her final stage appearance. 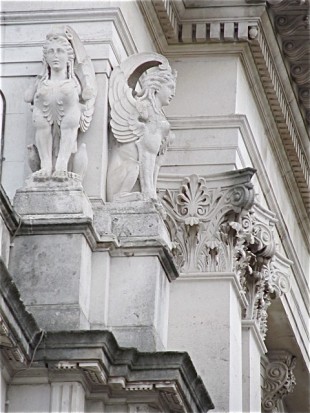 After the talk, we split up to explore various points of interest — some of us went down to Pimlico to the Tate Britain. The Tate is home to British art through the ages, but is famous for its extensive collection of Turners, which is housed in a separate wing. Not only are the Turner galleries given over to different eras and subject matter, but there is an additional interactive gallery upstairs devoted to his techniques and innovations. It was fascinating to discover how prolific Turner was, how many technical innovations he brought to the art form, and how many pieces he left unfinished, as if he had solved some problem and was no longer interested in completing the work.

A large contingent went to the Courtauld Gallery at Somerset House in The Strand, which some consider the CTC of British museums — intimate, thought-provoking and emphasizing substance over hype. The Courtauld has an especially strong collection of Impressionist works that can be viewed in an unhurried, virtually private mode. It allows one an unusual interface with famous paintings one has only seen in books.

The day closed out as we headed off to see another British theatrical dame, Helen Mirren, reprising her role as Queen Elizabeth II in Peter Morgan’s world premiere play — THE AUDIENCE. Peter Morgan was the screenwriter of THE QUEEN, so he and Dame Mirren are teamed again to further explore the life of the most famous woman in the world. The audience referred to in the title is the weekly meeting between Queen Elizabeth II and the current prime minister (there have been 12 dating back to Winston Churchill during her 61 year reign). Needless to say, we were excited at the prospect of seeing a hugely acclaimed portrayal in a sold outsetting. 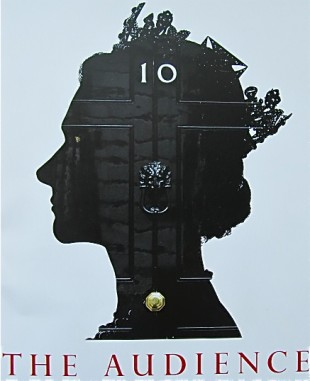