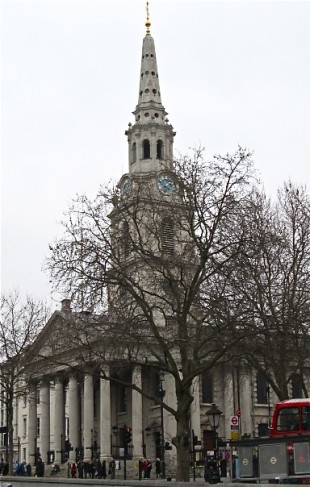 St. Martin in the Fields

For the tenth year in a row, the theatre portion of our London Theatre Tour opened with a talk with Matt Wolf, Theatre Critic for the International New York Times (it was the International Herald Tribune when we started).

Matt is an American who came to do an internship in London thirty years ago, and never went home (though he visits often to report on the New York theatre scene). His knowledge of the London theatre scene is encyclopedic and his passion for the form is infectious. Combine that with a delightful wit and a gift for being articulate, and the result is a compelling speaker.

As always, Matt gave informative background on the five productions we were seeing, including brief profiles of the key creative artists involved. He might place the script in the context of the author’s life work; how the script fits into the dramatic traditions of the country  and time in which it was created; how this production differs from other landmark productions; place this role in the arc of an actor’s career; or how the production represents the work of a given institutional theatre (as opposed to commercial production). 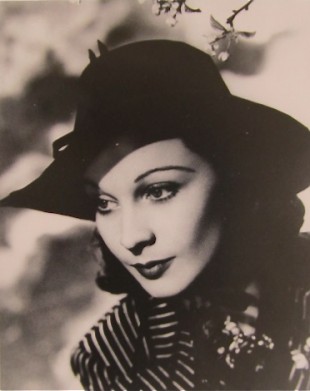 One of the themes of this year’s talk was the increasingly fluid transatlantic script traffic (this year we are seeing three American plays). While Broadway has long featured the work of British writers, more and more British producers are presenting American scripts, often because they present wonderful roles for women, particularly women of a “certain age.” Which brought us to his next theme — the gallery of superb performances by noted British actresses that we would be treated to during the coming five days, including Imelda Staunton, Lesley Manville, Clare Higgins and Sinead Cusack (okay, she’s Irish).

The hour flew by, followed by a Q&A and Matt’s suggestions for other productions we might see beyond the five selected for the tour. His presentation ended with a fascinating assertion — that the current spate of sell-out runs in London was due to the producers’ commitment to keeping ticket prices in check; that New York producers were “shooting themselves in the foot” by losing control of the pricing structure. A theatre goer is much more likely to take risk for 30 pounds (roughly $48) than for $300. The result? Full houses.

After Matt’s Talk, we all set out to begin our London explorations. Many of us chose to go to a free lunchtime concert at the venerable St. Martin in the Fields, featuring the young British clarinet virtuoso Joseph Shiner. Accompanied by pianist Frederick Brown, Shiner dazzled in lesser known works from Burgmuller to Martinu. The highlight was the premiere of a new work written for Joseph, “Dancin’ With Joe” by Ian Morgan Williams. 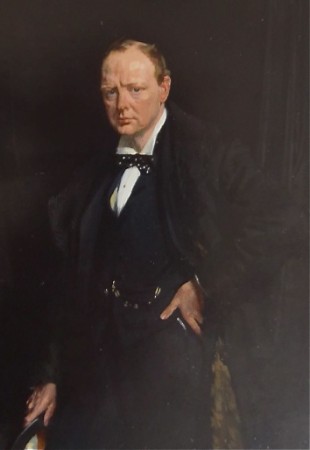 Others chose to head across St. Martin’s Lane to the National Portrait Gallery, for two new exhibits THE GREAT WAR IN PORTRAITS, marking the centenary of the outbreak of World War I, and STARRING VIVIEN LEIGH. The latter featured 50 photo portraits spanning the years from 1935 to 1965, with an emphasis on GONE WITH THE WIND. One of the most striking aspects of the exhibit was Leigh’s evolving command of the camera — or at least the way in which she presented herself. One of the more interesting images was this one, which demonstrates the depth of her ambition to get the much coveted role of Scarlett O’Hara. She staged it as a photo “audition” with its hints of glamour and “southern belleness”, and arranged to have it delivered to David O. Selznick, the producer, by a friend. The rest is history.

The other exhibition was conceived as part of the nationwide observation of the centenary of the outbreak of World War I, a war that was to have such a devastating effect on UK in many, many ways. The Imperial War Museum is preparing an exhibit from their extensive collection and it will be a complement to the NPG’s more intimate telling of the story in portraits.

The images range from a stark black and white photo of Gavrilo Princip, the assassin of Archduke Franz Ferdinand and thereby the purported instigator of the War, to grand portraits in oil of the key political and military commanders. Many of the portraits were commissioned with propaganda designs in mind, as the images would be transferred to print media and widely disseminated to the public. As many of the sitters were members of the aristocracy or nobility, the images fall within a centuries old tradition of formal portraits.

Prominent among these images are the works of William Orpen, an Irish portrait painter who was an official war artist. He had an uncanny ability to capture the inner person, revealing the sometimes frightening qualities of the “leaders” responsible for prosecuting the war. His portrait of Winston Churchill is a wonderful case in point. It was painted after the debacle at Gallipoli, an action overseen by Churchill as First Lord of the Admiralty. Orpen’s painting so clearly delineates the sense of personal defeat — the slumping shoulders, the sad eyes, the white, forward hunching neck. An image so clearly at odds with the more familiar, determined bulldog images of World War II.

The late afternoon saw us gathering in small groups for our first pre-show dinners, prior to heading off to the much acclaimed Donmar Warehouse production of Conor McPherson’s THE WEIR, now in a West End transfer, starring Brian Cox. 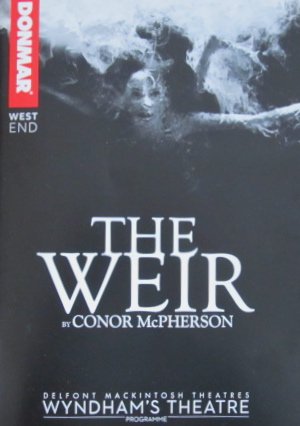