The world premiere production of Peter Morgan’s THE AUDIENCE, featuring Helen Mirren’s tour-de-force portrayal of Queen Elizabeth II, certainly provided rich subject matter for our first TalkBack. From the Queen’s Equerry in Waiting’s opening monologue, setting the scene (and so evocative of Shakespeare’s Chorus in HENRY V), to the shifting of furniture in full view, to Helen Mirren’s onstage quick change transformations, we were aware that this was a meta-theatrical event.

While the device of the play centers on Queen Elizabeth II’s weekly audiences with her twelve prime ministers (going back to Winston Churchill), this was not an exercise in political history. Rather, the play explores the process of myth-making, the transformation of a young woman into the quintessence of British Womanhood.

The play opens with this exchange:
John Major: I only ever wanted to be ordinary.
Silence. The Queen stares.
Elizabeth: And in which way do you consider you’ve failed in that ambition?

First impression — this woman is possessed of a deal of wit, and a mastery of irony. Between scenes One and Two, Mirren transforms with the help of onstage ladies-in-waiting from a 69 year old to a 25 year old who is both self-possessed enough to face down Winston Churchill over his desire to put off her coronation for 16 months, and vulnerable enough to be on the edge of tears over not being able to take her husband’s name. And so it goes scene after scene backwards and forwards in time building a portrait of a myth, a constructed character. 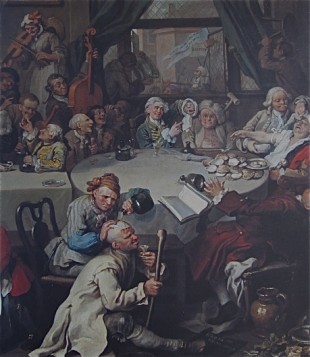 To the extent that she is playing a role, Elizabeth is an actor, but to the extent that the audiences are private and un-minuted, the play is complete fiction. Once again one sees the parallel between Shakespeare’s HENRY V and Morgan’s play. In scenes woven through the play Queen Elizabeth confronts her girlhood self, played by another actor, and the price of performing this role of Queen becomes apparent in the sacrifices she’s made both in terms of personal freedoms and familial dysfunction.

Dame Helen’s virtuosic performance led to a discussion of acting technique focusing on the relationship between physical and mental processes. Body alignment, particularly the positioning of the hips and shoulders, and the way Mirren used that relationship to project a serene, poised, powerful presence was of particular interest. 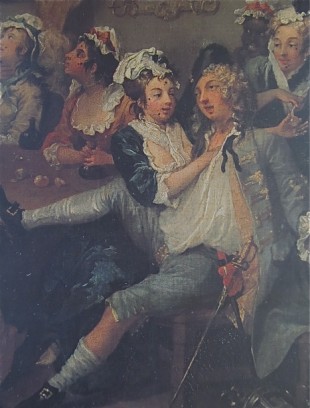 As always, the 90 minutes flew by, and soon we were dispersed to our different activities. Some of us went to Sir John Soane’s Museum in Lincoln’s Inn Fields. This is truly one of the unique museums in the world. Sir John Soane was the preeminent architect in Britain in the late Eighteenth and early Nineteenth century. When he died in 1837, he bequeathed his house and its contents to the nation.

The very intimately scaled house is packed with innovative architectural features, particularly the use of mirrors and skylights; casts of architectural detail from Greek, Egyptian and Roman ruins; follies; and a small but rich art collection featuring Canalettos and Hogarths.

The Hogarths are of special interest. Hogarth was an accomplished painter, whose works would become better known from their reproductions as engravings. His famous series of satirical images — The Rake’s Progress, the Harlot’s Progress and The Election — were first executed as oils, which were exhibited publicly to promote the sale of subscriptions for sets of engraved prints. These original oils are exhibited in the Art Room on cleverly designed panels that make the most efficient use of the rather small space. The staff is very knowledgable and only too ready to share that wealth — it still feels like a family house.

Tuesday night we were again headed to the West End, this time for Harold Pinter’s OLD TIMES, starring Kristin Scott-Thomas, Lia Williams and Rufus Sewell. An evening of Pinter always presents the prospect of theatrical mystery, danger, and dark humor, so we were happily anticipating further adventure. 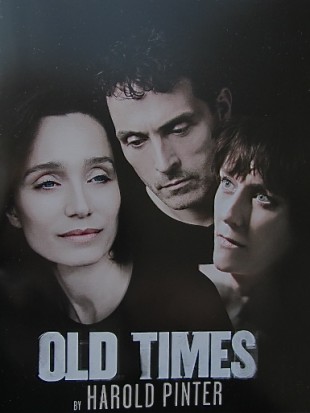