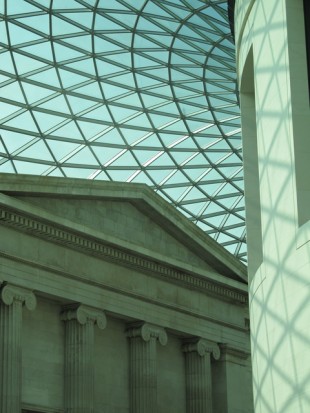 Tuesday opened with our first TalkBack on Conor McPherson’s modern classic THE WEIR, in a production that was a sell out at the Donmar Warehouse before moving on to a West End.

The TalkBack began, as it often does, with an exploration of the set. The premise is that when we enter a theatre, almost without exception these days, there is no house curtain and we are looking at some sort of built environment. This is the design team’s first and most exclusive access to the audience’s attention — before the actors arrive — and it is an opportunity for the audience to begin to get some clues as to what the creative team feels the true nature of the story to be.

THE WEIR is set in a pub in rural Ireland. But, instead of the romantic ideal of that setting, a low ceilinged, wood paneled, fireplace-warmed, quaint gathering place, we were faced with something much closer to the truth — a slightly shabby, carelessly “decorated” room, slapped onto the side of a farmhouse and filled with a forlorn collection of tables and chairs. A downmarket dispensary and haven for the economically challenged locals, where the wind howls outside.

The play explores what it is to live in a small community where everyone knows each other’s stories, where the role created by and for oneself is lived out day after day. It looks at the dual nature of storytelling — that stories are not only opportunities to entertain others, but the myths that control our destinies. That stories are a way of orienting ourselves, giving ourselves a context in a bewildering and chaotic-seeming world. And, our belief in stories is profound.

Each of the characters in THE WEIR is living out one of those stories — the one who got away to Dublin, made good and came back to buy up the town; the one haunted by a lost love; the shy bachelor who lives with his mother; the bachelor-farmer/barkeep who ministers to the others needs. 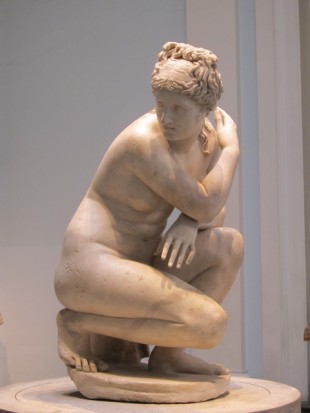 The early part of the play sets up the routine of their lives, ending with a striking tableau in which the men stare into the future unfolding inexorably and bleakly before them, while a clock ticks away relentlessly. Interrupting this tableau is the arrival of the real estate broker and his new client, a woman from Dublin who has just bought a house in the town.

Her arrival not only shakes up their routine, it give them an opportunity to tell their stories to a stranger. Each of the stories they tell deals with a supernatural event — are they trying to frighten the city-slicker? Impress her? Court her? She responds with a story of her own, one that leads to a distinct tonal shift in the play. One where real connection is made, where communion is forged.

We also discussed the wonderful physical work done by Donmar Artistic Director Josie Rourke and her cast —  the boxer-like footwork of Brian Cox’s Jack; the straight lines of Risteard Cooper’s Finbar; the curved lines of Dervla Kirwan’s Valerie; the raccoon shyness of Ardal O’Hanlon’s Jim and the stillness of Peter McDonlad’s Brendan the barkeep.

THE WEIR is such a subtle, multi-layered metaphor-filled work that we could have gone another ninety minutes, but we adjourned so that we could all continue our London explorations.

Some of us headed to the grandaddy of all museums, the British Museum, currently featuring a much publicized exhibit  — THE VIKINGS. The Vikings’ mastery of shipbuilding and seamanship enabled them to create a trade network that extended from Russia to America. A network that connected cultures, spreading economic, artistic and political ideas. At the heart of the exhibit is a 100-foot long warship, the longest ever discovered, dating to roughly 1025.

Of course the BM is also the home to the Rosetta Stone, the Elgin Marbles and countless other fascinating objects.  One is wise to sample in small portions and return often.

As afternoon moved into evening, exploration gave way to pre-show dinners and the journey up to Swiss Cottage for the Hampstead Theatre production of David Lindsay-Abaire’s GOOD PEOPLE, starring Imelda Staunton. 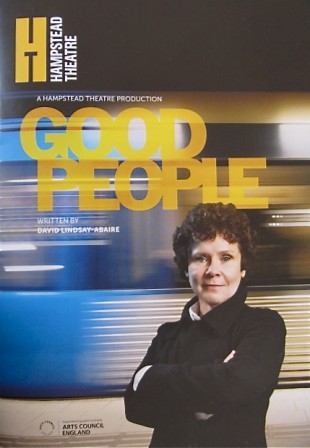