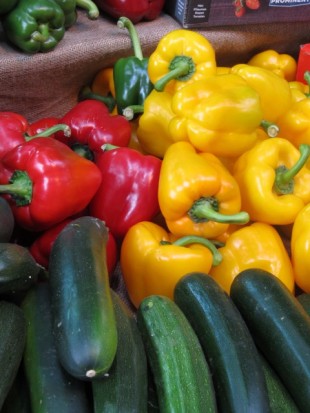 TalkBack Friday morning opened with a memory exploration of the striking setting for Richard Eyre’s production of Henrik Ibsen’s GHOSTS, an Almeida Theatre production transferred into the West End.

Upon entering the theatre one was met with a late Victorian room whose walls were made of a painted, but translucent and reflective lucite — a room that was both a mirror and a window to the dining room behind it. Suspended in the dining room was a portrait of the deceased Captain Alving, which faded over the course of the action of the play. There were three large sets of double doors (one in each wall). The heavy furniture was upholstered in a muted green and it all floated on a black floor inside a black portal. The one element that contrasted with the gloom was a vase of pure white roses lit in a beam of scorching white downlight. The designers, then, might be indicating that the story would be one of darkness, hidden corners (secrets), whose characters pursue a glimmer of hope that they might escape.

Maintaining the appearance of Propriety is at the heart of the community in which the play is set. Which often means hiding one’s true feelings, fantasies and behaviors. Fear of what others think, of scandal and approbation pressure the characters to conform to societal values. Pastor Manders becomes a morality enforcer instead of a source of spiritual empathy. He asserts: “We don’t have the right to happiness.”

At odds with this repression is Helene Alving’s desire for Freedom, for a truth that “most people know but aren’t aware of.” This tension between her desire to reveal the truth and the Pastor’s desire to hide it is the engine of the play. 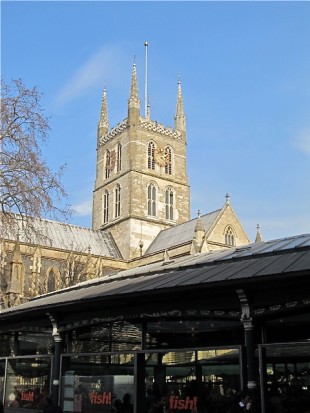 The play’s original title, GENGANGERE, literally means “the thing that walks again” rather than the appearance of a soul of a dead person, and Ibsen did not like the title that translator William Archer attached to his play in translating it. To Ibsen, the things that come back to haunt us that walk amongst us again, were dead ideas, dead morality, dead rules, secrets. At one point, Helene says to Manders: “God and the Law are the source of all misery.”

Helene’s hopes for change and escape from the status quo are placed in the use of her profligate husband’s money to create an orphanage and in freeing her son, Oswald, from delusion by telling him the truth about his father. Oswald has returned from his life as a painter in Paris. But, he has a secret of his own — he is dying of the syphilis which also infected his father. Ultimately, he asks his mother to euthanize him with a cache of morphine. He dies, never learning the truth and the orphanage burns down before it can open.

So, we have a play written in the Victorian period that deals with moral degeneration, hypocrisy, venereal disease, incest (Oswald is in love with the maid, who is actually his half-sister), arson, moral cowardice (Helene never takes the action she espouses) and euthanasia. A radical agenda for the time (1881), and no wonder the play couldn’t find a producer. It was first performed by Scandinavian amateurs in Chicago. Having been censored by the Lord Chamberlain, it was first presented in England in 1891 in a single “club” performance. The critics managed to attend and promptly unleash their venom, claiming GHOSTS was: “wretched, deplorable loathsome history” and “a dirty deed done in public.” Exhibiting, perhaps, that the forces of Propriety were highly functioning in late Victorian London. 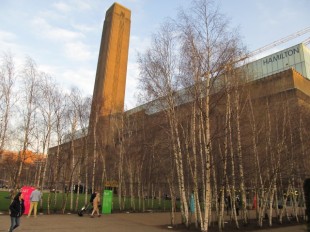 Like many of Ibsen’s plays, GHOSTS offers an extraordinary opportunity for an actress, and Lesley Manville, whose Olivier nomination for Best Actress was announced on Monday, took full advantage of a role that requires intelligence, poise, passion, dignity and emotional resource.

After our TalkBack, we broke into smaller groups to pursue our particular desires. Some went to Borough market, a covered food market in the shadow of Southwark cathedral. Stalls throughout the market offer everything from fresh produce to fresh game — many high end restaurants do their provisioning here.  Wandering from stall to stall, one is regaled with a wide ranging array of aromas — roast meat to truffle oil to steaming paella. One might grab a ciabatta roll stuffed with roast hog fresh from the spit, or a hot meat pie or fresh oysters. One could sample scores of balsamic vinegars or hundreds of olive oils or sliced charcuterie or aged cheeses. Artful arrangements of fruits and vegetables, jams, jellies and compotes — truly a feast for all the senses. All topped off with fresh roast coffees from Monmouth coffee roasters. One could aim for the Epicurean while doing one’s best to avoid falling into the pit of excess.

Others chose to cater to higher aspirations, taking in one of the world’s great modern art museums — the Tate Modern. A mammoth repurposed power station sitting on the south bank of the Thames, the Tate hosts permanent collections including Rothkos, Pollocks and Moores in addition to special exhibitions, the most recent on Henri Matisse. It is the world’s most visited modern art museum with close to 5 million visitors annually. The space is literally awe-inspiring, from the approach coming downhill from St. Paul’s and across the Millennium footbridge to the vast turbine hall, home to major installations.

As we were once again favored with superb weather, a walk along the river seemed an enticing idea, so westward ho! along to the National Theatre, quick left turn before Waterloo Bridge and along Waterloo Road towards The Cut, home to the historic Old Vic. Plenty of time for a bite of dinner — yes, eating again — before the evening performance of John Robin Baitz’s OTHER DESERT CITIES, starring Sinead Cusack and Clare Higgins. 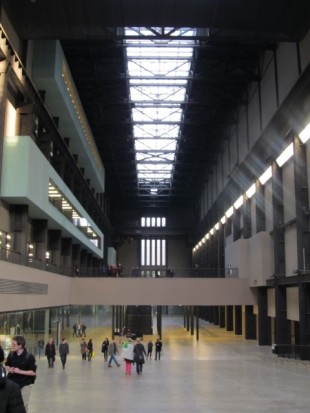