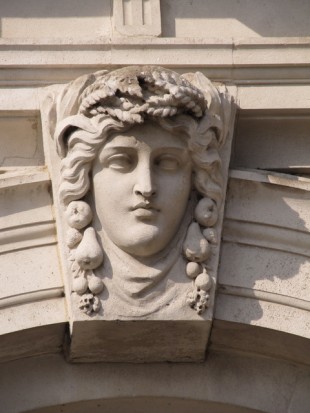 As we assembled in the parking lot at Elms College, it was like the gathering of the mole people, surfacing from their subterranean winter dens to bask in the first taste of Spring. Fellow travelers greeted each other under a cloudless blue sky and New England temperatures that cleared the freezing point for the first time in months — soaring to a virtually tropical 58 degrees! Little did we know it was a harbinger of things to come….

England has been experiencing weather vagaries of its own — months of torrential rains that had left East Anglia looking like the bayous of Louisiana. But, upon our arrival it was sunshine and blue skies. Having checked into the Lancaster London Hotel in minutes, thanks to our expedited check-in, we breakfasted in the Park Room, overlooking the fountains of the Italian Garden in Kensington Gardens. The enticement of the Park was too much for most of us to renounce.

So, throughout the afternoon one ran into fellow travelers circling the Serpentine, ambling the long paths towards the Albert Memorial, or sitting on the benches around the Italian Garden, soaking up the rays. One particularly relaxed member, or sleep deprived perhaps, fell asleep under a tree.

The British Mole People were out in force — cycling, roller-blading, jogging, strolling with their beloved dogs, strolling with their strollers, or prams as they are known here. Long queues for ice cream at the kiosks. Everyone out enjoying the sunshine and temperatures in the upper 60’s!  Just as a reality check, one remembers that when we arrived in London in the second week of March last year it was snowing.

Later in the afternoon, some of us tried out the Lancaster’s new gym – replete with the latest in treadmills, recumbent bikes, elliptical trainers, and rowing machines all equipped with onboard TV’s. So, one could stir the body back to life after a trans-Atlantic flight while watching England lay it on Wales in the Six Nations rugby tournament. There was much Local jubilation in the pubs, well into the night! 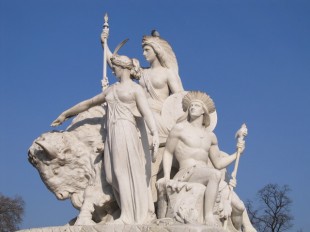 As always, Sunday evening was given over to cocktails and our Welcome Banquet in the Lancaster’s Park Room, completely reconfigured from our morning breakfast service. With a return rate of close to 75% this year, there was a good deal of catching up with old friends mixed in with the pleasures of making new acquaintances. With participants flying in from Florida, North Carolina, Washington, New York and Philadelphia joining the Boston contingent, this was the first time we were all together.

The Lancaster’s chefs upheld their usual high standard and the close of dinner marked the opening of a number of CTC traditions. A warm welcome to our Tenth Annual London Tour from CTC Board Chair Cipora Brown was followed by the annual Introduction — where we go around the room and each participant introduces themselves, sharing their place of residence, occupation, and previous CTC experiences.  It’s a lovely way for us to each begin the process of getting to know the people who will be sharing the week’s adventures.

CTC Board Member Gail Perlman reminded us of our Thursday hosted dinners before encouraging the new members of the group to be interactive with veterans of the tours in planning excursions to the myriad museums and attractions that London has to offer.

Finally, CTC Artistic Director Byam Stevens spoke briefly about the genesis of the Tour, the early planning process with Bob King of Elms College, and the significant ways in which this tour differs from other London tours — the striving for the optimum balance between structured time and free time. He closed by congratulating the gathering for their wisdom in setting aside a week from their hectic lives to dedicate time to exploring, contemplating and discussing the big life questions posed by a week’s worth of theatre-going. 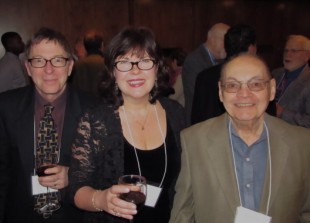