The TalkBack on Wednesday began with a demonstration by Byam Stevens and Robin Tilghman of basic acting exercises in which very simplistic dialogue is explored using different intentions and motivations. The dialogue for the first exercise consisted of the numbers from 1 to 10 cycled; the second of the lines: “I know you will” and “I know I won’t” alternated. The infinite possibilities of inflection came as a surprise to many and pointed to the choices encountered by the actors and director in rehearsal. 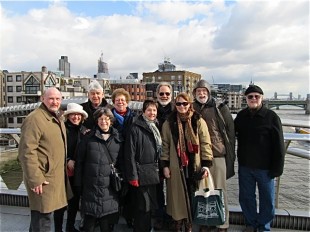 The point of the demonstration was to illustrate the difference between Text and SubText. Text is the language the playwright has provided and which in a typical drama prosecutes the “argument” of the play. SubText refers to the actor’s true intention which “hunts” beneath the surface of the written dialogue; that intention may complement or even run counter to the stated intention in the Text.

Harold Pinter’s OLD TIMES, at least in Ian Rickson’s production proceeds more in tune with the SubText than the text. Text tends to enchain cause and effect as the character pursues his/her goals. It is the surface, more or less logical, negotiation. Subtext is more primal, more elemental, informed by fantasy, emotion, memory, lust and fear, it lurches forward and makes sudden and unpredictable turns. Since there are no logical segues, proceeding on this level of experience requires actors who are very much in tune with their instruments. 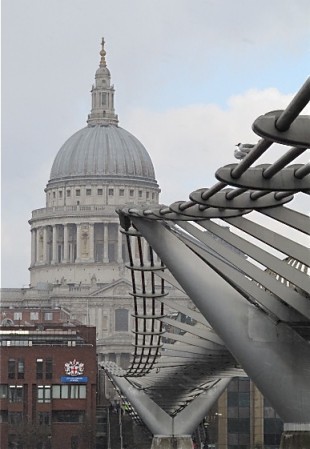 When the logical enchainment is de-emphasized, the result is action that is puzzling, mysterious, sometimes frustrating or confusing, but always intriguing. Pinter was an actor before he became a playwright, and it is reflected in his writing. Most playwrights are concerned with creating a coherent alternative reality (a writerly approach). Pinter proceeds from Image (a poet’s instinct, more in alignment with an actor’s instinct) — a complete commitment to this moment, without worrying how it relates to the next.

OLD TIMES is the story of a love triangle and, in an interesting twist, the two actresses alternate roles from performance to performance. At the performance we saw, Kristin Scott Thomas played Anna who, after a 20 year absence, comes to visit her married friends Deeley and Kate. Thomas’s feline grace and piercing intelligence were very much in evidence as she tantalized Deeley. Lia Williams, as Kate, was mesmerizing, portraying a character who is very much present but mysteriously quiet much of the play. Rufus Sewell had the most complex challenge as a man caught between two women played by different actresses from night to night. He fully committed to the infantile aggressions and dependencies that Pinter often requires of the men confronting female sexuality in his plays. 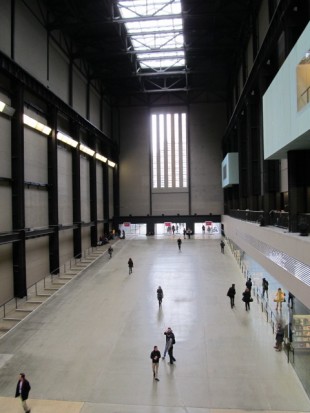 One thing that can always be counted on with a Pinter play – it will provide more than enough material for a 90 minute TalkBack!

After TalkBack a large group headed for the Tate Modern museum on the South Bank, just upstream from the National Theatre, our destination for the Wednesday matinee. Upon exiting the Tube, we executed a 180 degree turn around the magnificent edifice of St. Paul’s before heading downhill to the Millennium Bridge, a low slung pedestrian bridge spanning the Thames that lands on the South Bank right in front of the Tate. After pausing to have our picture taken mid-span we proceeded to the forecourt of the mammoth building that was the Bankside Power Station. Repurposed as a museum housing modern art, it is the most visited modern art museum in the world with close to 5 million visitors annually.

A Roy Lichtenstein retrospective was on view, but some of us headed instead to the gallery featuring Mark Rothko’s murals intended for The Four Seasons restaurant in New York — the works that are the subject of John Logan’s hit play RED. Rothko discovered that the contemplative immersion required by work he had created hardly seemed appropriate for a restaurant, so he donated them to the Tate, in appreciation for the time he’d spent in London and for the high regard he had for Turner.

All too soon, we had to leave the Tate and head downstream to the National Theatre, for the afternoon performance of Carl Zuckmayer’s satire THE CAPTAIN OF KÖPENICK, featuring a widely praised performance by Sir Anthony Sher in the title role. 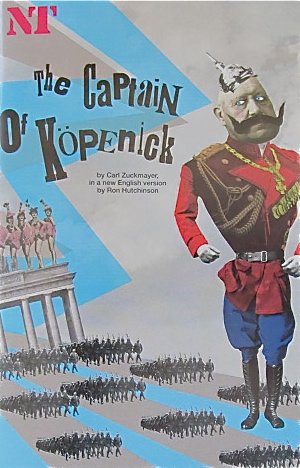 THE CAPTAIN OF KÖPENICK