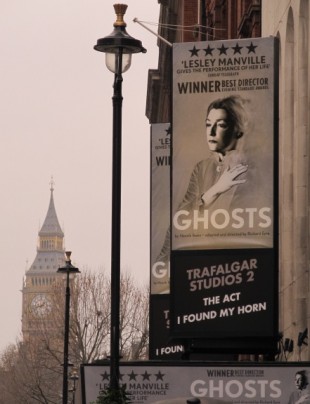 WE ARE PROUD TO PRESENT A PRESENTATION ABOUT THE HERERO OF NAMIBIA, FORMERLY KNOWN AS SOUTHWEST AFRICA, FROM THE GERMAN SUDWESTAFRIKA, BETWEEN THE YEARS 1884-1915 is not only the longest play title in recent memory, it ultimately points to some of the ways this provocative work explores the metaphysics of Theatre. And, thereby provided wonderful grist for our TalkBack mill.

All art forms progress and evolve, and WE ARE PROUD TO PRESENT… is a good example of a work by a serious, young American writer that pushes the envelope. It plays with almost every aspect of theatre metaphysics and the result is smart, daring, witty and ultimately horrifying.

TIME is a key element in the metaphysics of theatre. The Ancient Greek playwrights wrote plays that moved forward in time without interruption. Shakespeare’s drama was episodic, but time still moved in one direction. Pinter’s BETRAYAL, among other works, moved backwards in Time. Other modern works have moved backward and forward in Time, but usually in discrete scenes. WE ARE PROUD TO PRESENT moves forward and backward in time, but in a continuous flow of action. Perhaps, mirroring a modern sense of physics in which we have parallel dimensions and time that folds back on itself — as opposed to the Newtonian world we’ve become so familiar with. 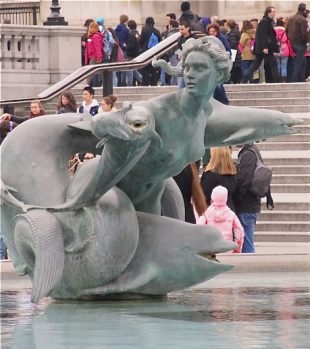 PLACE is another key metaphysical element — the well-made Greek play took place in one setting. Modern plays often have multiple settings, but again usually in discrete scenes. WE ARE PROUD TO PRESENT.. moves back and forth from the performance space to the rehearsal room in which the piece was created in a continuous flow.

In traditional theatrical metaphysics, actors subsume their identities and adopt the identity of a character or role. In this play, actors add another layer of dimension, playing actors in a rehearsal room and then the roles they are creating in that room.

Over the years, the playwright’s acknowledgment of audience presence has changed often; Shakespeare’s characters speak directly to us, where Greek’s characters don’t. For the last 100 years or so the Fourth Wall has been in more than out, separating the world of the characters from our world. WE ARE PROUD… opens with direct address and then moves back and forth from the private world of the rehearsal room — sometimes we are spectators, sometimes we are included in the action, taking cell phone pictures for the cast, exchanging high fives with the cast, etc. 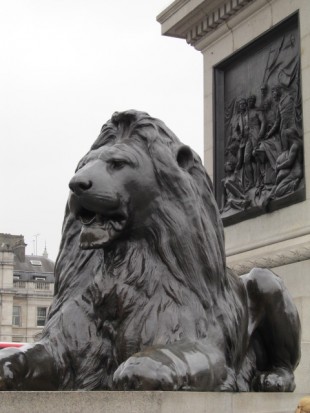 The play also makes a deep exploration of Belief which is the operative engine of Theatre. The Suspension of Disbelief is what makes theatre possible — we know we aren’t in Denmark, and that that isn’t Hamlet; it’s an actor on a set. But, we suspend our disbelief to take the imaginary journey of the play. But before we believe, the actor has to believe, and WE ARE PROUD… takes a deep look at how that belief is created in the rehearsal room.

The basic transaction between the audience and the actor is that the audience pays the actor to be brave, to take the emotional risks inherent in participating in harrowing events that the audience will share vicariously.  In order to take on that task, actors have to build a belief system that supports them in the anxiety-filled process of performing.

In a very telling speech a young actress in the play says:

This is both a funny speech to theatre practitioners, familiar from this mashup of theatre process jargon and a succinct statement of the actor’s journey — trying to find a meaning for your “me.” Finding the me is terribly important to a mixed race cast of actors who are telling the story of the first genocide of the 20th century — the eradication of the Herero by German Colonials in the years preceding World War I.

Their process is complicated by the fact that there is no script. Like many collectives, they are devising the script through improvisation. They are therefore responsible for the material — there is no authorial screen to hide behind. It soon becomes clear that in a piece of inventive and completely appropriate perverse dramaturgy, that the actors aren’t pursuing their goals, they’re avoiding them. Over and over again, the artistic director of the group has to urge the actors to continue when they break off in the middle of an improvisation.

The process is funny at first, as we see familiar rehearsal room types finding all kinds of excuses for not confronting their anxieties both as performers and with the subject material. When at last, they see the improvisation to the end, it is completely horrifying. 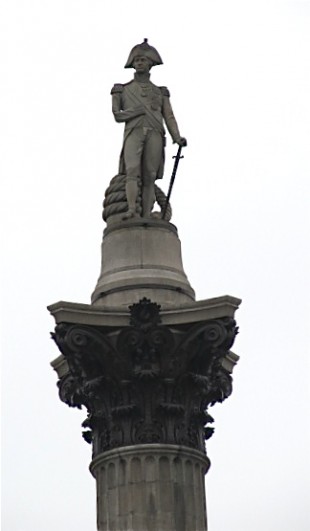 Along the way, we are presented with fascinating questions about the nature of history:
Who writes it? Whose story is told? Who owns it (has the right to re-enact it)? Some of these questions are presented by a male actor playing a black grandmother in this remarkably, poetic, smart and funny speech:

The problems of devising plays are also encountered — creating art by committee is a tricky thing. Hence, a title that embodies everyone’s suggestion to the point that it becomes ridiculous. What’s intriguing is that WE ARE PROUD… is a very carefully scripted play about improvising a devised presentation.

In a change of pace for our London tours, we were going to a second matinee in the week, so after a quick lunch and a stroll through Trafalgar Square, where we were regaled with street musicians from a U2 cover band to the London Guitar Duo (two MFA graduates of the Royal Academy of Music) we were off to the much acclaimed production of Henrik Ibsen’s GHOSTS, starring Lesley Manville in an Olivier Award nominated performance. 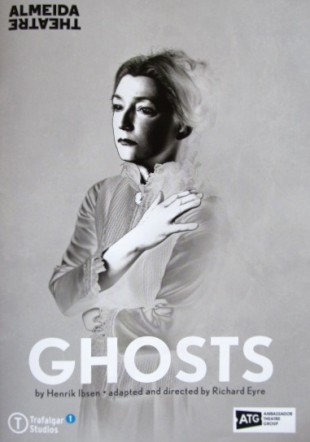