As we assembled in the parking lot at Elms College, catching up with our fellow travelers from previous London tours, there was the faintest hint of Spring in the air. After months of subfreezing temperatures, the mercury nudged over the 32 degree mark. Whatever the vagaries of British weather, what lay ahead of us was very likely to be more clement than what lay behind.

Upon arrival, the vagaries turned to be sunshine and blue skies. Having checked into the Lancaster London Hotel in minutes, thanks to our expedited check-in, we breakfasted in the Park Room, overlooking the fountains of the Italian Garden in Kensington Gardens and made plans, which for many included a nap in the very near future. 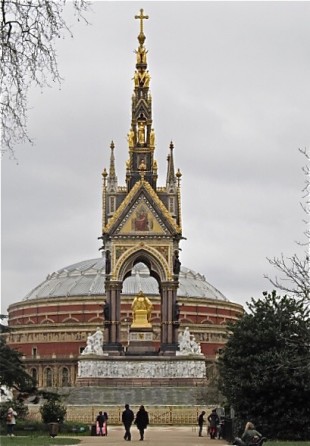 One of the real glories of the Lancaster is its proximity to Hyde Park and Kensington Gardens which lay directly across Bayswater Road. Its truly a treat to have one of Europe’s great municipal parks at hand. Throughout the afternoon, in small groups, we circled the Serpentine and fed the waterfowl, ambled the long paths towards the Albert Memorial — overlooking Royal Albert Hall, home to all those epic New Year’s eve concerts by Eric Clapton, or indulged in people watching afforded by the benches around the Italian Water Garden. 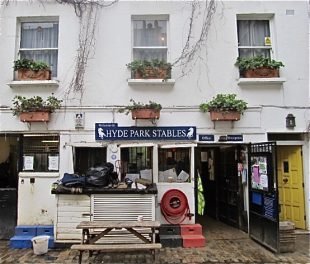 Other groups explored the Bayswater byways close by the hotel, checking in on the horses stabled in the Bathurst Mews, taking in the towering plane trees of Gloucester Square or the quiet gardens of Sussex Square. Some of stopped for a cappucino, lattes or other caffeinated beverages at the Bathurst Deli, a favorite pre-TalkBack coffee and/or lunch stop. Run by a French family, it features mismatched antique tables and chairs, graphic artworks by local artists, amazing sandwiches and a small but select wine list — not your average deli!

Later in the afternoon, some of us tried out the Lancaster’s new gym – replete with the latest in treadmills, recumbent bikes, elliptical trainers, and rowing machines all equipped with onboard TV’s. All in service to the idea of stirring the body back to life after a trans-Atlantic flight.

As always, Sunday evening was given over to cocktails and our Welcome Banquet in the Lancaster’s Park Room, completely reconfigured from our morning breakfast service. With a return rate of over 80% this year, there was a good deal of catching up with old friends mixed in with the pleasure of making new acquaintances. With participants flying in from Florida, North Carolina, Illinois, California, New York and Munich joining the Berkshires contingent, this was the first time we were all together.

The Lancaster’s chefs upheld their usual high standard and the close of dinner ushered in a number of CTC traditions. A warm, witty and eloquent welcome from CTC Board Chair Cipora Brown was followed by the annual Introduction — where we go around the room and each participant introduces themselves, sharing their place of residence, occupation, and previous CTC experiences. It’s a lovely way for us to each begin the process of getting to know the people who will be sharing the week’s adventures. 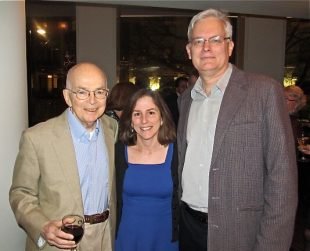 We adjourned, eagerly anticipating our Monday morning Talk with International Herald Tribune theatre critic Matt Wolf, who has led off every London Tour for the past 11 years.