CTC produced its first London Tour in 2005. That year we invited Matt Wolf, Theatre Critic for The International Herald Tribune (now The International New York Times). He so captivated us that for the succeeding ten years we have invited him to bat leadoff in our tour lineup. 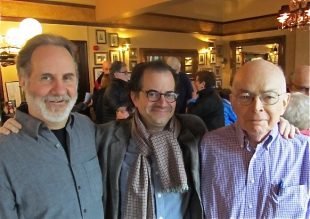 Matt is an American who came to do an internship in London thirty years ago, and never went home (though he visits often to report on the New York theatre scene). His knowledge of the London theatre scene is encyclopedic and his passion for the form is infectious. Combine those attributes with a delightful wit and the result is a compelling speaker.

As always, Matt gave in depth background on the five productions we will be seeing, including brief profiles of the key creative artists involved. He creates a context for each play — how it fits into the producing organization’s traditions (often with a brief history of that organization’s artistic leadership); how the production is affected by the venue; how the script relates to the playwright’s life work; how the script fits into the dramatic traditions of the country and time in which it was created; how this production differs from other landmark productions; how a role fits in the arc of an actor’s career.  At the close of the hour, there was a brief Q&A followed by Matt’s suggestions for other productions we might see in addition to the five selected for the tour. 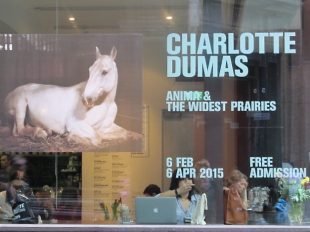 After Matt’s Talk, we all set out to begin our London explorations. Some of us took in the refurbished Imperial War Museum, some to the Tate Modern or the Borough Market.
Some of us tried out a new venue, THE PHOTOGRAPHER’S GALLERY. Founded in 1971, the TPG was the first gallery in the UK to be dedicated solely to photography. In 2012, it moved to a re-purposed warehouse in Soho, that provides greater gallery space capacity and some striking architectural surprises.

The current featured exhibition, HUMAN RIGHT, HUMAN WRONGS, takes the 1948 Universal Declaration of Human Rights as a historical and curatorial starting point, focusing particularly on Article Six of the Declaration: “Everyone has the right to recognition everywhere as a person before the law.” The selected images track the worldwide for civil rights and freedom from colonial rule. By extension the exhibition explores the role that photographic images have played in those struggles from Soweto to South America, from Vietnam to Berkeley, from Memphis to Prague.

Given that the weekend just past marked the 50th anniversary of the Selma marches, Charles Moore’s images of Martin Luther King, of the protests and skirmishes in Selma and Birmingham had particular resonance. Images of peaceful protestors being set upon by German Shepherds and fire hoses brought the conflict back into immediate and sometimes harrowing focus. Images of Signage was often striking, seeing racial attitudes spelled out in public signage brings the attitude into high relief whether it’s about access to drinking fountains or beaches — a sign on a South African beach announcing: “White Race Group Only”.

Yet, some of the images managed to produce hope, to evoke the goals that lay at the end of the struggles. Moore’s photos follow Martin Luther King through he Civil Rights era. There’s a striking image of three white nuns, all bespectacled, in their black and white habits, standing in concert with black protestors. 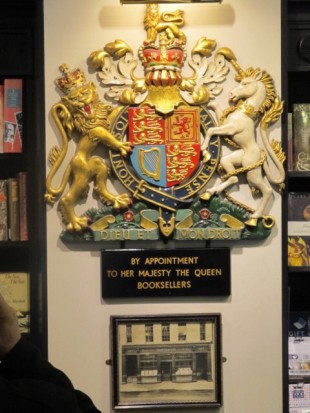 Others chose to make a pilgrimage to Hatchard’s in Piccadilly. Founded in 1797, Hatchard’s is the oldest continually operated bookstore in the UK, and by appointment, bookseller to the Queen. The store is everything a bookstore ought to be, minus the dust. Four floors of room after room of lacquered bookshelves; a smart, informed and courteous staff, and an amazing array of British mystery novels from the rural puzzlers of the Golden Age to the seamy police procedurals of today. For those of us who actually admit to reading them. Also, a fine locus for the study of a tweedy sort of British character that seems to be rapidly dwindling. Except on TV. 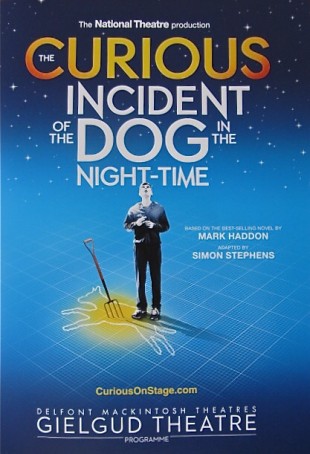 The late afternoon saw us gathering in small groups for our first pre-show dinners, prior to heading off to the much acclaimed National Theatre production of Simon Stephens’ adaptation of Mark Haddon’s THE CURIOUS INCIDENT OF THE DOG IN THE NIGHT-TIME, now in a West End transfer.