Tuesday opened with our first TalkBack, held as always in the upstairs lounge of The Swan and moderated by CTC Artistic Director Byam Stevens and Robert King, Professor of English at Elms College. Our topic — the National Theatre’s hit production of THE CURIOUS INCIDENT OF THE DOG IN THE NIGHT-TIME, now in a West End transfer. 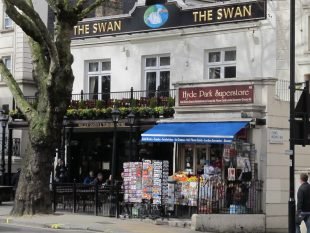 TalkBack began, as it often does, with an exploration of the set. The premise is that when we enter a theatre, almost without exception these days, there is no house curtain and we are looking at some sort of built environment. This is the design team’s first and most exclusive access to the audience’s attention — before the actors arrive — and it is an opportunity for the audience to begin to get some clues as to what the creative team feels the true nature of the story to be.

CURIOUS INCIDENT is set in Swindon, and London and points inbetween. What we we were faced upon entering the theatre was an illuminated cube, its surfaces marked out in grids headed “Space” and “Time”. There was a built set of benches surrounding the playing area, but virtually an empty space. Decorated here and there with a hand full of props the only things contributing any color at all to the pre-set look.

So, perhaps this would be a play that trafficked in mathematics and physics, a play whose protagonist saw things in “black and white”, and where we as audience would be called upon to use our imagination to fill the void.

While the play uses all kinds of projections, LED lights, and electronic sounds to evoke a young man’s virtual reality, the dramaturgy, the underlying structure is actually quite ancient, combining two forms — the murder mystery and the odyssey. What begins as a mystery involving the death of Christopher’s friend Wellington the dog, ultimately evolves into Christopher’s journey through strange lands (London and his emotions) on his way to an understanding of his true self.

As a young man who falls somewhere on the Asperger’s/Autism spectrum, Christopher is very good at systemizing, but not very good at empathizing. He loves mathematics and hates metaphor. Mathematics offers him certainty, Metaphor offers ambiguity. His journey is one where his strengths will help him solve the murder mystery, and his bravery allows him to reach out to others to start learning to decode the mystery of his fellow humans. It is a journey from Certainty to Ambiguity — that place where we live as adults.

We talked about the way plays, at least according to Shakespeare, “offer up a mirror to nature.” And, how experiencing our world through the prism of the autistic experience, offered us a new perspective on ourselves, on our reliance on metaphor as a way of communicating our ideas. We discussed Wonder as a state of mind in which we consider, mystery, magic, and phenomena we don’t comprehend. The play itself offered up a panoply of wonder inducing moments.

Finally we explored the issue of processing under pressure. Christopher’s reactions to pressure are rather alarming, and we experience them first hand, onstage. But we learn that his parents (as have we all) also stopped processing under pressure and indulged in actions they will come to regret and that are as disturbing and alarming as what we have seen in Christopher’s behavior.THE CURIOUS INCIDENT is such an imaginative, provocative play that we might have gone another ninety minutes, but we adjourned so that we could all continue our London explorations. 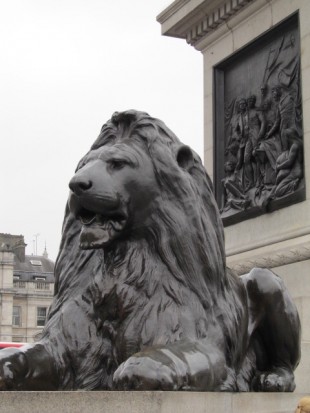 Some of us headed to St. Martin-in-the-Fields, for a free lunchtime concert. The sun streamed down as we made our way through Trafalgar Square, which mysteriously fills with sun worshipping Brits who seem to emerge like moles every time that rare orb makes an appearance.

St. MITF is an active house of worship that happens to have a world famous music program, known to many of us through the recordings that featured Sir Neville Mariner. 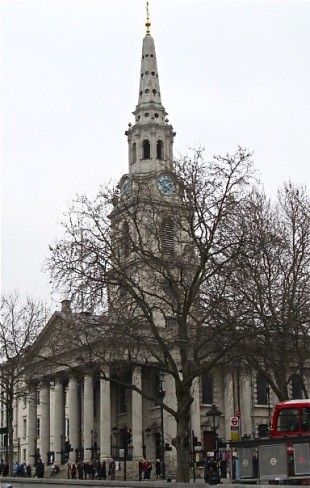 The concert program featured two brothers — cellist Ori Epstein, accompanied by his brother Omri on piano. This instrumental pairing is more than fortuitous and the program of Mendelssohn, Chopin and Paganini provided a platform for every shade of expression from joy to soulfulness to playful virtuosity. The Mendelssohn Cello Concerto #2, while new to some of us, certainly was marked by Mendelssohn’s signature propulsive rhythms and lyrical melodic command. It was followed by a Chopin Nocturne that many of us know from Fokine’s classic ballet LES SYLPHIDES — one could close one’s eyes and imaging the romantic era sprites cavorting in their sylvan glade in the moonlight. The Paganini closer was a complete audience rouser which led to the rarity in England a standing ovation.It is such a joy that SMITF provides these magical moments in the middle of the London working day — a moment of respite and spiritual refreshment.

Others of us went next door to the National Portrait Gallery which, in addition to a blockbuster show on the works of Sargent, is currently featuring exhibits on the Tudors and on the Duke of Wellington, marking the 200th anniversary of his victory at Waterloo. However, we discovered in a small side gallery, a modest but striking exhibit of works by painter Matthew Smith and sculptor Frank Dobson.

Dobson’s bust of Margaret Rawlings, an actress famous for playing Salome in Oscar Wilde’s play — a sensation for her her Dance of the Seven Veils choreographed by Ninette de Valois, founder of The Royal Ballet — was quite arresting. It is executed in plaster, but treated to look like a greenish copper patina. Her head rests on her arms and she gazes serenely upon the viewer in a manner that completely captures a dancer’s lithe poise and angular self-possession. 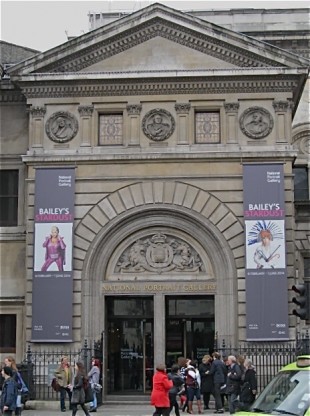 Matthew Smith was very much influenced by Matisse, and he works in great slashes of generously applied saturated colors. His portrait of Raould Dahl in his RAF uniform is such a completely unexpected view of this beloved writer of children’s stories. Smith had lost two sons, Mark and Dermot in the RAF conflict over Britain, and in 1944 Dahl sought him out at his studio and thus began a lifelong friendship. The portrait captures Dahl’s his pride in his blue uniform, but his slightly slumped posture, slightly askew in a blood red chair also expresses his deep war-weariness. 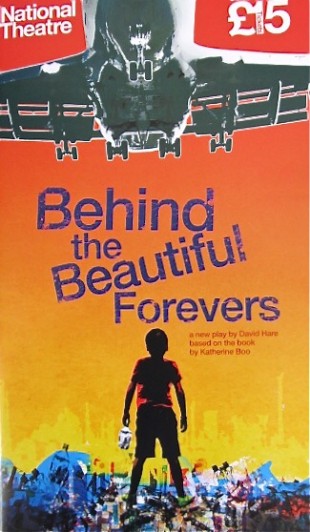 As afternoon moved into evening, exploration gave way to pre-show dinners and the journey to the South Bank for the National Theatre production of David Hare’s adaptation of Katherine Boo’s epic portrait of the Mumbai slums, BEHIND THE BEAUTIFUL FOREVERS.