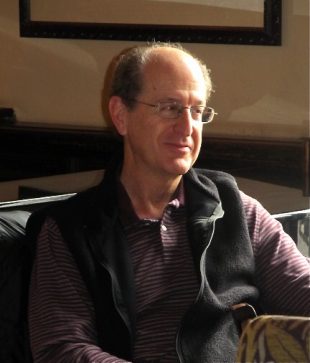 Our final TalkBack opened with a discussion theatre architecture prompted by the exquisitely designed Hampstead Theatre in Swiss Cottage where we had seen STEVIE the previous evening. It’s a new theatre space designed by an architectural firm that clearly did their research with practicing theatre professional. The audience is arranged in a shallow arc around a three quarter thrust stage providing sightlines and acoustics that are first rate. As is the seating which, while not plush, is ergonomically supportive. The result is comfort and a sense of intimacy, closeness with the action on stage. As is our wont, we progressed to a discussion of the set.

STEVIE portrays a character rife with contradictions, and those contradictions were reflected in the setting. At first glance, a comfy, though possibly dull, middle class house in Palmers Green, North London. Yet, the space was filled with angles that divided it into a series of broken planes that produced shadowy corners and nooks and crannies. Trees were seen above the set and the stage right wall was a painted scrim producing the illusion that the edge of the room bled off into nothingness. Was this, then, a secret garden hidden in a staid domestic suburb?

While the set implies a Fourth Wall reality, the play begins with Direct Address, piercing the Fourth Wall immediately. In fact, playwright Hugh Whitemore (BREAKING THE CODE) gives us a script, innovative for its time (1977), that prompted a dramaturgical discussion. Four levels of reality are seamlessly interwoven in the script — Dialogue, Direct Address, Memory and Poetry. Stage Time is manipulated — the other characters on stage with Stevie only respond to some of what she says. There is a Narrator, though he doesn’t introduce the play, who also plays other roles. Somewhat disappointingly, these innovations are in service of a structure that is pretty conventional, a largely chronological depiction of our protagonist’s life.

The contradictions run to the costume design as well. Iconic in Act I, with the adult Stevie dressed in a red jumper, children’s wear. In Act II, the its Organic with a succession of clothing changes illustrating Stevie’s increasingly public persona.

All of these contradictions in the production designs, reflect the contradictions in Stevie’s character — she describes herself as an Anglican agnostic, a pocket Hercules; she commuted everyday to work as a private secretary in a publishing firm, but was a respected and admired poet and novelist. She was fiercely independent, yet lived with her aunt until her aunt’s death. Needless to say this fascinating bundle of contradictions is an actress’ dream. And Zoe Wanamaker, one of Britain’s great actresses, has a field day in a role originated by Glenda Jackson. 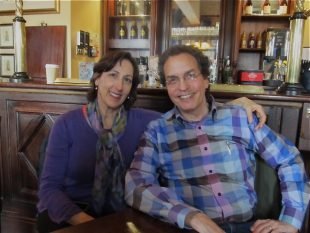 Her physical work is particularly impressive, beginning with the deep, rich resonance of her voice. More telling perhaps, is the succession of physical adjustments to her shoulder and pelvic placement, which combined with the shortening of the hamstrings produces both the illusion of age — of a life of care and struggles with depression — and a shuffling, yet incessant, gait that reflects the restlessness of her mind. Smoking incessantly, despite a bout of childhood tuberculosis; never alighting anywhere on the set for long; constantly discovering her hands, as if they belonged to someone else — actor choices that reveal a rich and varied interior landscape. A master’s performance to wind up our week of London Theatre. 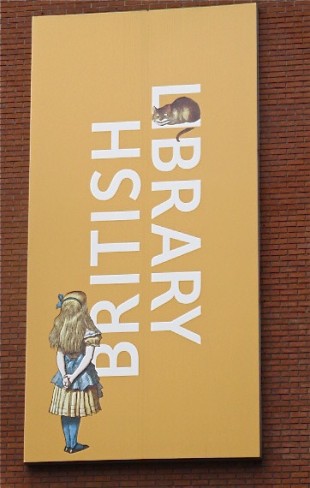 For the last time, we adjourned from our meeting room at The Swan and set about our day. As Saturday night was an open night, some of us chose to take excursions a little further afield than the time allowed by a regular performance day. Many chose matinee or evening performances including Shaw’s MAN AND SUPERMAN with Ralph Fiennes and TAKEN AT MIDNIGHT with Penelope Wilton (Downton Abbey). 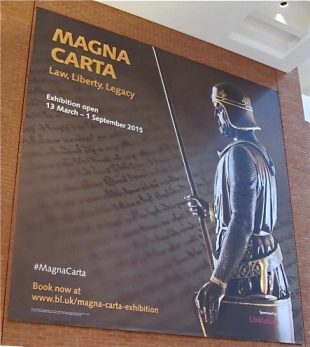 Some of us chose to visit the British Library, the largest building erected in the United Kingdom in the 20th century (which says something about their sensibilities) — 150 million items on 650 kilometers of shelving.

For theatre types, a Shakespeare First Folio (none of his manuscripts exists today), and first editions of Marlowe’s EDWARD II, Thomas Middleton’s A GAME OF CHESS, and Ben Jonson’s SEJANUS.

For those of a spiritual bent: a GUTENBERG BIBLE and numerous lavishly hand-illustrated Hindu, Buddhist, Christian, Islamic, and Hebrew manuscripts.

Truly, something for everyone and an embarrassment of riches. The one missing item was the MAGNA CARTA, which had been removed for the BL’s once in a lifetime exhibition MAGNA CARTA: Law, Liberty, Legacy, marking the 800th anniversary of that seminal political document. The exhibit brings together two copies of the original, plus Jefferson’s handwritten DECLARATION OF INDEPENDENCE, an original copy of the US BILL OF RIGHTS and other documents and artifacts deemed to be the legacy of the charter forced on King John by rebel barons. 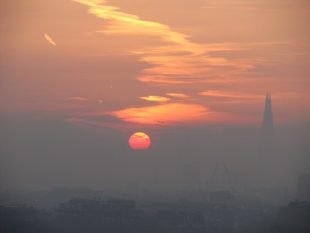 Sunset From the Lancaster

Saturday evening, coming from our special dinners, plays and concerts we gathered one last time in front of the fire at the Lancaster’s cozy lounge to share a “jar”, exchange addresses and make plans to gather a year from now on CTC’s London Tour 2016. The 2015 edition had drawn to a close and Sunday morning we would be wending our ways home, brimming with memories of a week of terrific theatre, stimulating discussions, and new and renewed friendships. Indeed, in the words of Stevie Smith (and who knew the source?) “A good time was had by all.”