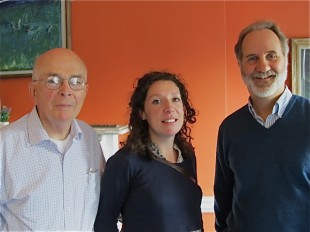 Monday morning found us in the restored Georgian townhouse that houses The Irish Writers’ Centre. Our second floor meeting room overlooking the Garden of Remembrance provided a gracious setting for our first TalkBack — a panel discussion featuring Sara Keating, cultural correspondent for THE IRISH TIMES.

Sara gave us an overview of the Dublin Theatre Festival since its founding in 1957, focusing on trends emerging in the last few years — the arrival and departure of the Celtic Tiger and the ensuing economic impact on the programming, the roster of international companies, and the appointment of a new artistic director for the DTF.

The appointment of Willie White, who had produced the Dublin Fringe Festival, resulted in a move away from high profile – even glamorous – international companies to smaller more adventurous ones. This was also accompanied by an increased emphasis on the work of Irish companies. One of the strongest emerging trends is the creation of site specific works set in non-theatrical locations. Technology, which has an ever-growing impact on our daily lives, is also increasingly at the center of the work of the younger generation of theatre creators. 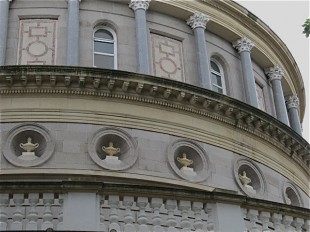 Finally, Sara previewed the works we were going to see, with an emphasis on the traditions of the companies that produced them. Sara received her PhD in Theatre Studies at Trinity College in Dublin and her immersion and expertise in the local theatre scene was very much in evidence. Her lively presentation and appetite for her subject matter made the 90 minutes fly by.

The TalkBack ended with a brief discussion of Artistic Director Byam Stevens’ New Paradigm for the Theatre Goer: Your Inner Audience, which would serve as the framework for our week of theatrical exploration. While many CTC patrons are familiar with this new paradigm, through post-production TalkBacks at CTC, it’s new to some. In brief, the paradigm encourages theatre-goers to de-emphasize judgment (the Critical Paradigm) which creates aesthetic distance and instead embrace immersion and empathy, which closes the aesthetic distance.

After the TalkBack, groups headed in different directions to pursue their own interests. One of the features of CTC’s London and Dublin Tours is a unique balance between structured time and free time. 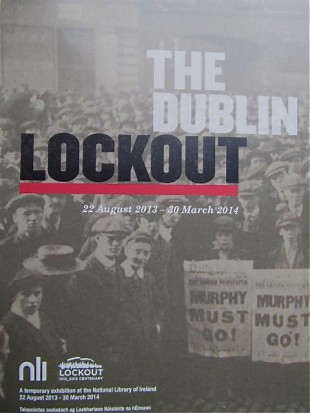 At the suggestion of Bob King, Elms College Professor of English, two exhibitions in particular attracted attention. Both were presented by the National Library of Ireland, but in different locations. First was the long-running (over one million visitors) Yeats exhibition. This comprehensive look at the life and work of Ireland’s most celebrated poet is engaging, informative and multi-media. Many of us also took the opportunity to visit the Library’s reading room, a hymn of praise to enlightenment, made manifest in soaring Georgian architecture.

Others visited THE DUBLIN LOCKOUT exhibition which marks the 100th anniversary of the first great labor dispute of the 20th century.  A dispute that put thousands into the streets of Dublin, culminating in a police charge into an unarmed crowd that became known as Bloody Sunday. The exhibition features letters and documents, archival photographs, film footage and interviews. In conjunction with the exhibit, Dublin City Libraries has chosen James Plunkett’s epic novel STRUMPET CITY as its One City, One Book for 2013. Naturally, some of us scurried around the corner to Hodges Figgis, Dublin’s leading bookshop since 1768, to pick up a copy.

All in all a full day as a preamble to our first production of the week — the Brecht/Weill classic, THE THREEPENNY OPERA. 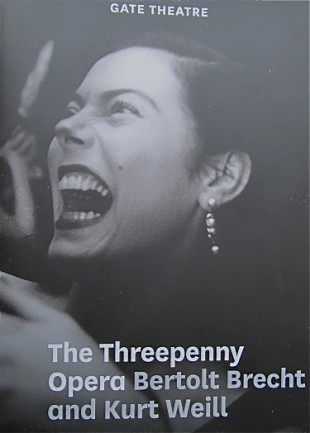