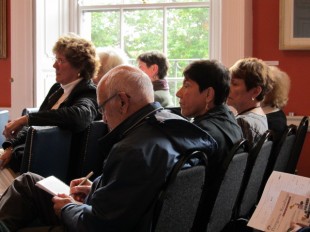 The day opened with our TalkBack for THE LAST SUMMER, Declan Hughes’ new play in its world premiere production. The play explores two core themes in present day Irish experience — the emigration of top talent to other countries, and the hopes and pain caused by the rise and fall of the Celtic Tiger. The play is informed, both in the writing and the production values, by a sense of eulogy, for a missing time and a missing member of the band, who has died in mysterious circumstances. The setting is a public park, which evokes the choric aspects of Greek tragedies. For many of us the play failed to keep the balance between the choric aspects (the spirit of the time and place) and the action elements (characters in pursuit of their needs). While the play certainly honored the theme of this year’s Festival (“Your City, Your Stories”), the lack of action while in pursuit of a depiction of a time and place gave rise to the suspicion that the playwright was writing to a commission rather than out of a passionate need to tell a particular story. The play did raise a number of fascinating issues including the way in which teenagers are influenced by the heroes they chose to emulate or the way a nation is influenced when adopting the ways of another culture (Ireland adopting the American financial practices of the mid- 2000’s). If nothing else, THE LAST SUMMER gave us the opportunity to explore the question of action as it relates to theatre.

After the TalkBack we walked down Henry Street (a broad pedestrian shopping street) continuing on to Mary’s Lane and the Fruit and Vegetable market. This Edwardian era covered market was reminiscent of London’s Covent Garden, before it was re-purposed as a tourist mall. The Mary’s Lane market still functions as the primary wholesale clearing house for Dublin, with forklifts moving colorful pallets of oranges, grapefruits, turnips, carrots, potatoes, and onions. The contrast between the period setting and the modern vehicles produced a curiously complex layering for the senses. 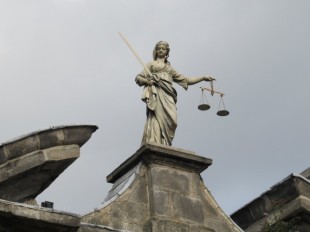 Crossing the Liffey to the south bank, we proceeded to Dublin Castle, the seat of British temporal power during the colonial years. The Castle has been continually occupied since 1204, with additions being added, often on top of one another. The result is an unusual mashup of architectural styles that includes crenelated medieval turrets, Gothic chapels, Georgian courtyards and a modern conference center.

Incorporated into the castle grounds are a lovely garden and the Chester Beatty Library Museum. Chester Beatty was an American  mining magnate who had an extensive collection of art and manuscripts. The collection was moved to its current purpose-built location in 1999, 31 years after Beatty’s death. Our lunch at the museums’s Silk Road Cafe was so congenial that the clock got away from us and we had to be selective in our exploration of the museum’s offerings. Currently on exhibition are a selection of 30 paintings from the 400 works that Beatty gifted to the National Gallery, including works by Corot, Jacque, Breton, and Millet. The permanent collections feature Egyptian papyrus texts, European illuminated manuscripts, Oriental prints  — works that present the cultures and religions of the world through books. In addition, there are audio-visual presentations on the life of Beatty and the art of bookmaking.

Tuesday evening found us at the Peacock Stage of the Abbey Theatre, Ireland’s National Theatre, for the world premiere production of SHIBARI by Gary Duggan. The Abbey, true to its mission of promoting new Irish writers, commissioned Duggan, a Stewart Parker Trust Award winner (for best debut play), to write this play which explores the the multi-cultural aspects of today’s Dublin. 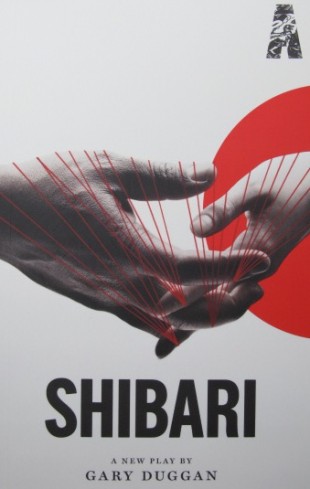