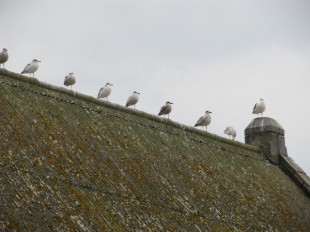 Our first post-play TalkBack was a far-reaching discussion of THE THREEPENNY OPERA, Bertold Brecht’s and Kurt Weill’s re-imagining of John Gay’s 18th century masterwork, THE BEGGAR’S OPERA. Brecht’s sardonic tale of beggars, thieves and whores combined with Weill’s exhilarating fusion of American jazz and German cabaret to create a classic of 20th century musical theatre and the basis for a fascinating exploration of their theatrical innovation and methods.

The production is the much anticipated centerpiece of The Gate Theatre’s fall season — a sell-out almost from the moment it was announced. The play, set in London in the late Victorian period, is a satire that posits the dehumanizing effects of the capitalist system, a system which encourages people to betray themselves and each other for economic survival.

While this Gate production nods in the direction of the Victorian period in the costuming of Mr. and Mrs. Peachum, the 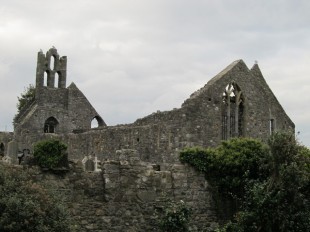 overall setting could be taken for a night club in Weimar Germany, the period in which Brecht and Weill created the piece. The band, costumed in black tie was on a raised bandstand onstage, reinforcing the night club feel. Polly Peachum was costumed in a manner and hairstyle that recalled Louise Brooks, the star of Pabst’s archetypical films of the Weimar period.

The bandstand is framed by a set of marquee lights with another set downstage, creating a double framing device. There is no set depicting London, and all the props (beds, tables, jail cells etc.) are moved on and off to suit the requirements of each individual scene. The production never offers an alternative reality (i.e. the slums of London) and surely Brecht would have approved of the alienating effect this produced. We are here to think, not to to suspend disbelief. 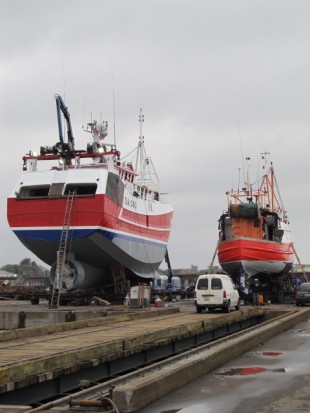 Further adding to the alienation effect was the complete lack of front light until the finale,  resulting in deep shadows and an unease inducing eeriness. The costumes with the exception of touche of color for the prostitutes was all in a black and white palette.

The actors embraced a Presentational mode of acting (acknowledging the audience’s presence) that made no attempt to recreate movement and behavior that exists anywhere other than in a theatre. For Brecht, Theatre is politics and every distancing device from narration to placards is employed in an effort to: “stimulate a desire for understanding, a delight in changing reality.” This wasn’t meant to be entertainment, it was meant to bring about a socialist revolution. The irony, of course, is that THE THREEPENNY OPERA is wildly entertaining, and it made its creators very rich.

After the TalkBack, most of us headed to the train for Howth, a charming fishing village located about 12 miles northeast of Dublin. The wharf plays host to fishing trawlers and a number of fine seafood restaurants. One can see crews repairing their nets and gear, sea lions looking for leftovers, and a harbor full of yachts swinging at anchor waiting for their weekend crews to arrive. 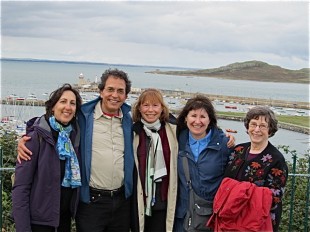 After an oyster bar repast, groups headed out in different directions for different pursuits. Some went off for a hike of the cliff walks, some went to the ruins of a 14th century abbey for serious photo ops and some went to the Martello tower for its fine views overlooking the harbor. Martello towers are small round forts built by the British to defend harbors during the Napoleonic Wars. Many of the 140 towers still exist, some as ruins, some as monuments and some repurposed. The one in Howth is now a museum dedicated to vintage radios.

After a fine afternoon, of sea breezes, invigorating walks and millions of megabytes burnt in digital cameras, we boarded the train back to town for dinner and the world premier production of Frank McGuinness‘ THE HANGING GARDENS at the Abbey Theatre, the national theatre company of Ireland. 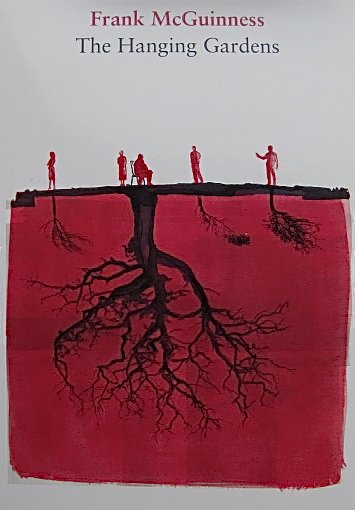