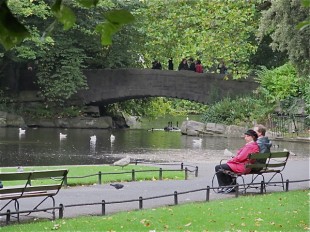 Rough Magic’s production of Richard Brinsley Sheridan’s THE CRITIC gave us an opening to discuss theatre architecture at our FridayTalkBack, as the performance took place in two venues. The first act took place in a repurposed art gallery at The Culture Box, in a configuration that placed the audience in two ragged rows completely surrounding the furniture that made up the salon at Mrs. and Mr. Dangle’s (the critic of the title) home. Audience members could easily reach out and touch the actors and, in fact, the reverse happened on occasion.

This intimate proximity to the actors gave an immediacy to the comedy, as the Dangles played host to Sneer, Dangle’s colleague, and the playwrights Sir Fretful Plagiary and Mr. Puff. This configuration not only brought into question the audience’s relationship to the actors but also to each other, since we could clearly see each other, a phenomenon not experienced in a proscenium setting where everyone sits facing in the same direction. 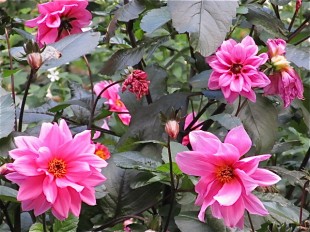 The second act took place in a more conventional theatre setting, the Ark Theatre, a 100 metres away. The Ark is laid out in a three quarter round, with banks of seats on three sides of the playing space. This change of venues made sense as the action of the second act is a rehearsal of Mr. Puff’s tragedy, THE SPANISH ARMADA. Puff has invited the critics to the rehearsal and it gives them a wonderful opportunity to make snide and witty comments about the bombastic piece of pretension being staged. Sheridan’s satire is one of the first backstage comedies in the English canon. Sheridan himself, considered the first act his finest writing, surpassing even THE RIVALS and SCHOOL FOR SCANDAL.

The production gave us the opportunity to discuss the elements of comedy, in particular the danger of being humiliated, a quality somewhat lacking in this production. In a setting where there is a mad scramble for status among the characters, being humiliated is the greatest danger. If the actors don’t register the points being scored, the action breaks down, and everyone just seems impervious. 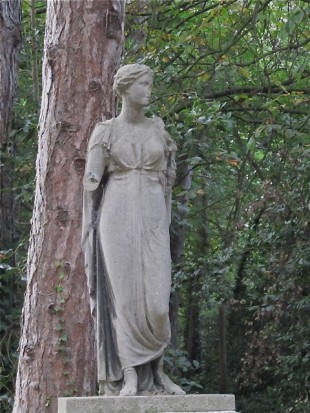 Theatrical danger is not restricted to comedy and neither is the value of listening actively, which also seemed to have gone missing in this production. If the actors aren’t listening to each other they start to make speeches and, in comedy, strive for a louder, faster, funnier approach that usually only succeeds in being more desperate. We discussed the fact that we go to plays to see behavior, not just to listen to the words — if the text was everything, we would just go to hear readings of scripts. If the actors are not employing behavioral tactics to pursue their needs or goals, there is no action.

Friday, though overcast, was mild and a good day for a Dublin walkabout. Some of us decided to explore central Dublin’s two main public parks. St. Stephen’s Green, in the heart of the Merrion Square, is a magnificent public space, the equivalent of New York’s Central Park in the lives of Dubliners. Its carefully crafted vistas unfurl as one walks the curving pathways. There are ponds and bridges, monuments and statuary, and playscapes for children.  It is open and welcoming, and Dubliners flock to it even on weekdays. 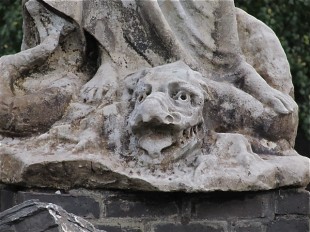 Just a few blocks away, tucked behind the National Concert Hall is Iveagh Gardens. In contrast to St. Stephen’s, it is surrounded by high stone walls, the entrances are not obviously marked, and entering it one feels as if one has wandered into a mysterious secret garden. Areas are heavily wooded, the vistas are closed off, leading one to make a series of discoveries — a statuary goddess, a formal rose garden, a Moorish folly, a quiet lawn parterre.  And there couldn’t have been a dozen people sharing this hidden treasure. One left with the most welcome of traveler’s delights — the feeling that one had made a rare discovery not shared by the masses.

Friday night would see us again back in Temple Bar at The Project Arts Centre, the nexus of new work in Dublin, for our last theatrical offering: NEUTRAL HERO presented by the New York City Players. 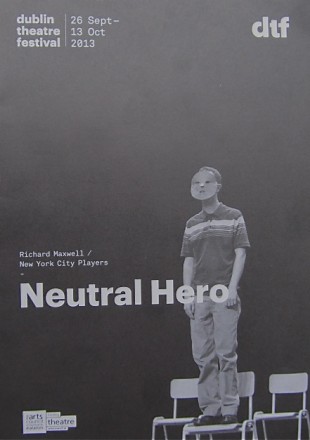