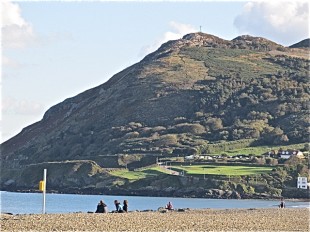 The Coast at Bray

THE TALK OF THE TOWN spurred a lively TalkBack, focusing largely on structure. The world premiere production left the impression that the development work of the play was not complete, thereby creating confusion on many levels. Emma Donoghue says in the program book that her aim was to show “the highs and lows of her [Maeve Brennan’s] whole life in microcosm”. The structural paradox implied in this statement was very much evident in the play. When adapting long form source material for the stage, one has to make choices — the program note tells us that the play focuses “on the years 1949 to the 1960’s” (not for instance 1962 or 1968). Once again, the lack of focus is clear even in the statement of intent. The script took odd liberties, populating the stage with historical characters but conflating William Shawn (the New Yorker’s editor) and William Maxwell (the fiction editor). There were sequences that took place in a glass enclosed Irish kitchen, but it was unclear whether these were scenes from Brennan’s fiction or from her childhood. The creative team sought to recreate the “whirl of famous names and nights at The Algonquin”, but there was only a cast of four, none of them doubling. In production, it ended up being a pretty small whirl. 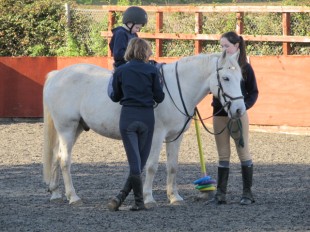 As Saturday is an open day, some of us took bus tours to the Wicklow mountains; others went to the second installment of Tom Murphy’s Trilogy (WHISTLE IN THE DARK) which was, by all accounts, brilliant; and others to the seaside town of Bray. Bray is a 45 minute ride from central Dublin on the DART train, which runs along the coast, offering spectacular views of the Irish Sea. The main object of the journey was to visit Festina Lente, an equine therapy centre (Robin Stevens is an equine therapy instructor). It was informative to tour the facilities, watch classes in action and compare notes on methodologies. Ultimately, there are few things more rewarding than seeing the excitement and new achievements a special needs child makes while on a horse.

As Saturday evening came on we broke up into little groups for leisurely dinners (no curtain time to worry about). As Sunday is our travel day back to the States, Saturday evening marked the end of another terrific week in Dublin. Hope to see you here next year! 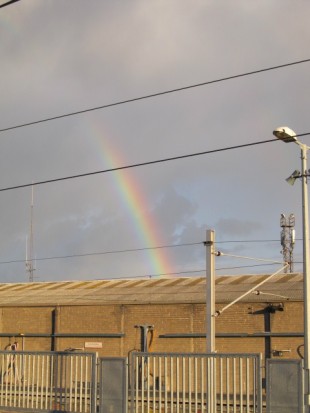