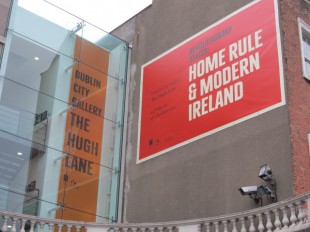 The TalkBack was lively for SHIBARI, Gary Duggan’s provocative new play in its world premiere production at the Abbey Theatre’s Peacock Stage. SHIBARI, which translates literally as “to tie or bind” refers to kinbaku, the ancient Japanese practice of bondage. Duggan exploits the metaphorical possibilities of the ties that bind in his look at a series of relationships told over the course of 15 scenes. In structure, the play recalls Schnitzler’s LA RONDE, the groundbreaking 1897 play about a sequence of sexual encounters in “decadent” Vienna. The scenes, which the playwright refers to as “knots”, take place between Valentine’s Day and the first day of Lent, so we have the overlay of a Japanese ritual on top of a Catholic calendar to tell the story of today’s Dublin. It is very much the story of a people who have lost faith in the institutions (England and the Catholic Church) that both controlled and harbored their lives and now themselves seem to be adrift. The final scene of the play is a ritual act of kinbaku that was at once provocative, uncomfortable, and intensely romantic. 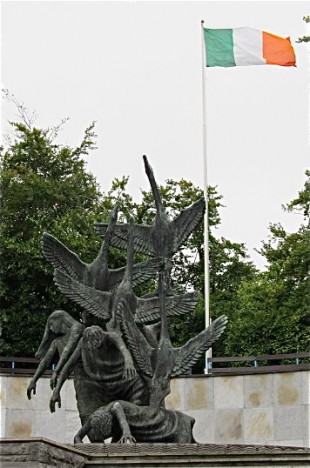 We didn’t stray far from the Irish Writer’s Centre (scene of our TalkBacks), going two doors down to the Hugh Lane Gallery (scene of our Sunday Haydn concert). The Hugh Lane is Dublin’s municipal contemporary art gallery. The permanent collection features landscapes by Constable and Corot, Impressionist works by Monet, Degas, Vuillard, and Manet, works by Irish painters Nathaniel Hone, Jack B. Yeats, and John Lavery. Frank O’Meara’s TOWARD NIGHT AND WINTER was particularly evocative and striking.

The Hugh Lane also has a unique exhibition: Sir Francis Bacon’s entire studio and it’s contents have been removed from its London mews row setting and reassembled in Dublin. It is a fascinating study of an artist working in a setting of almost total chaos — which he deemed necessary to his process. The studio is also very small (when he was working on a triptych he couldn’t see the three panels at the same time), and it stood at the top of a very steep and narrow set of stairs (it had a rope for a handrail). One wonders how the larger canvases were even moved from the studio. The exhibition also includes Melvyn Bragg’s (the Charlie Rose of the BBC) very informative interview with Bacon.

Across the street from the Hugh Lane is the Garden of Remembrance, dedicated to all those who gave their lives to the cause of Irish independence. Queen Elizabeth paid a visit in recent years, a visit momentous in its implications. The Garden has an upper level where one enters and then descends to a below grade level with long reflecting pools tiled with depictions of ancient weaponry. At the far end up at grade level is a remarkable statue of the dead heroes being transported to heaven by swans.

Wednesday night we’re back in Temple Bar at the Smock Alley Theatre, home of Dublin’s oldest theatre company for Deirdre Kinahan’s new play HALCYON DAYS. The play is a two hander set in the conservatory and garden of a nursing home, and is told with the same humor and humanity that were the hallmarks of Kinahan’s MOMENT and BOGBOY. 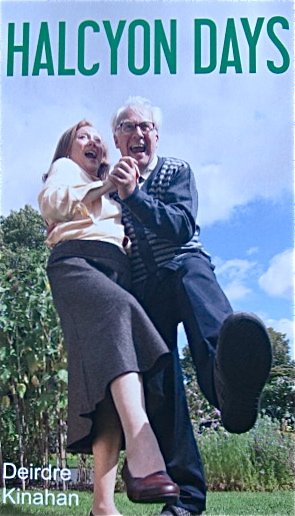