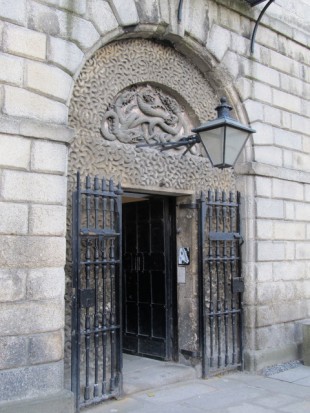 The TalkBack for HALCYON DAYS opened with an exploration of the benefits and drawbacks of an actor in the role of playwright. Deirdre Kinahan, the author of this lovely, poignant two hander, was an actress before she took to writing plays. She has an actor’s instinct for dialogue — virtually the entire script is in stichomythia (literally, “line speech” rapidly alternating speeches of one line in length). This forces the actors to listen intently and it often gives the dialogue a snappy, musical feel. She has an actor’s instinct for action — the situation was tightly constructed and both characters had strong goals to pursue. She also has an actor’s feel for structure (actors are often more interested in how the audience will respond than in the truth of the dramatic arc. While Kinahan managed to avoid most of the pitfalls, it was generally greed that she had written two extra beats past the true end of the story and that the result was a brief dip in the pool of sentiment. The play was simply and elegantly produced, prompting a discussion of the upside  of “doing less”.

The performance we attended was the official opening and the audience was invited to a post show reception, which took place in the stunningly refurbished “banquet hall” of the theatre. Smock Alley Theatre is the oldest theatre company in Ireland and the theatre itself was built in 1662. It operated as a theatre until the 1780’s, at which point the building was converted to a Catholic Church. The Gothic architecture has now been repurposed to its original function. The reception gave us a wonderful opportunity to speak with the performers (Anita Reeves and Stephen Brennan) who had performed the work flawlessly. Both expressed their joy to be working on such a moving piece and their regret that their run was so short. We assured them that the play would be picked up and transferred to other venues and they would soon be inhabiting their characters again. 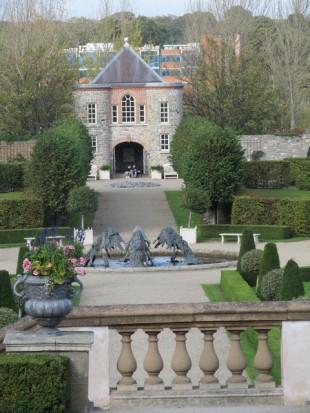 Your reporter managed to omit a terrific event that closed Wednesday’s TalkBack. Michael Judd, an Irish actor living in Dublin, who had been in Capital Rep’s production of the THE WEIR, presented excerpts from his one man show about the great Irish playwright and author Oscar Wilde. The pieces were, of course, informed with Wilde’s trademark wit, and among the more familiar pieces (THE IMPORTANCE OF BEING EARNEST, DE PROFUNDIS, etc.) was a surprising account of an American Tour that included the mining town of Leadville, CO, where the gun-toting miners accepted the Irish dandy with warmth and, upon hearing of the death of Benvenuto Cellini, promised to shoot the dastardly fellow who had shot him. Following his performance Michael took some of us on a walking tour of “his Dublin” which concluded at “his pub”.

Others went to Kilmainham to visit the Irish Museum of Modern Art (IMMA) and the Kilmainham Gaol. IMMA is housed on the grounds of what was once the Royal Hospital Kilmainham. Like Les Invalides and The Royal Hospital Chelsea, it was built as a military hospital for pensioners, and it is widely considered to be the the finest example of 17th century architecture still extant in Dublin. While the exhibition spaces housed in galleries around the remarkable courtyard were closed due to the installation of a new exhibition, the beautiful formal gardens offered a different kind of nourishment.

Proceeding south down a lovely alley of trees, one arrives at the Kilmainham Gaol. This national historic landmark is the largest prison museum in Europe. The prison ceased to function as such in the 1960’s, and has since been repurposed as a museum dedicated to centuries of Irish conflict with Britain. The tour through the gaol is gripping and harrowing. It also leaves one with a sense of pronounced deja vu in that it has served as the film set for a number of films including MICHAEL COLLINS and THE SINS OF THE FATHER. The tour ends in a courtyard where the leaders of the Easter Uprising were executed by firing squad, and the simple memorial marking the event is deeply affecting. Truly, no visit to Ireland is complete without a stop at the Kilmainham Gaol.

Thursday evening we all headed over the Liffey to the Gaiety Theatre for FAMINE, Tom Murphy’s epic treatment of of the potato famine, part of a trilogy of plays presented by the famed Druid company under the direction of Tony award winning director Garry Hines. 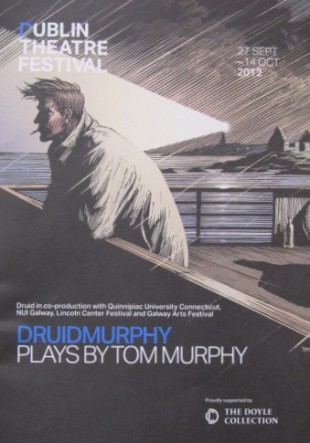