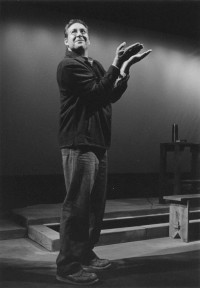 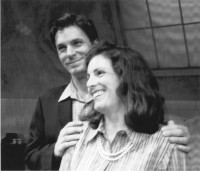 A year after he disappeared on the day of his father’s funeral, Walker Janeway returns to New York. He takes up temporary residence in the unused space where thirty-five years earlier, his father, Ned, and Ned’s late partner, Theo, both architects, lived and designed the great house that would make them famous. Sleepless and emotionally jangled, Walker scours the old empty space for clues, evidence or keys to the tortured family history. Discovering his father’s journal hidden under the bed, he finds it as unforthcoming as his nearly silent father had been. Walker is joined by his sister, Nan, and their friend from childhood, Pip, Theo’s son, to hear the reading of Ned’s will. It is there that Walker forces the confrontation that the others need. After an evening of harrowing and sometimes comically inadvertent revelations, Walker disappears once more. This time he returns later that evening with a surprising, but to him, definitive solution to the family puzzle. We travel back to 1960, when Ned’s journal begins. We meet the parents at the same age their children are in Act One: Ned, who seems very different from the cold monster the children conjured; the charismatic and putative genius, Theo; and Lena, Walker and Nan’s mother, the delightful, troubled “Southern woman who admits to thirty.” In the guise of a love story, we are offered all the information needed to devise an alternative reading of the sad, unexpectedly romantic family story. 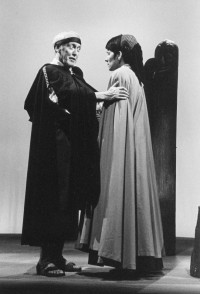 An American woman about to turn fifty is standing on a high dive at a pool in a hotel in Greece. She is on vacation with her husband and eleven-year-old son. Her son has requested that she jump off the board. She, being terrified of heights, has managed to climb to the platform and now clings to the railings as she tries to will herself to leap into the blue Greek air and down into the water of the pool. As she stands on the board, she considers her life.