Over the next few weeks, we will be introducing you to the 2019 cohort of CTC Summer Interns. This is our first installment in the series.

CTC’s 30th anniversary season is well on its way, and our summer interns have been hard at work making theatre happen in Chester! This week, we’d like to introduce you to our three artistic and administrative interns. You may have already spoken with them when you called the box office, or you’ve been welcomed by them when you arrived at the Town Hall Theatre. Hero, Sarah, and Shanna are also working behind the scenes assisting the directors of The Night Alive, Now Circa Then, and On the Exhale, respectively. And, they are spending time in our new office at 19 Main St., helping with development, marketing, company management, and dramaturgy projects. 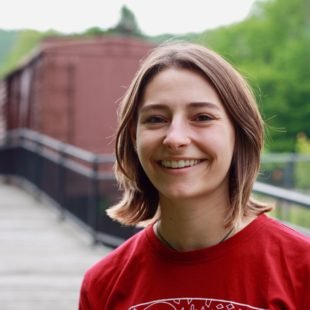 Sarah Brownstein is super excited to be working as one of the artistic/admin interns in Chester this summer, as well as taking on additional assistant stage manager duties for two of this season’s shows! She is originally from Pikesville, MD, and is studying theatre production and creative writing at Sarah Lawrence College, class of 2021. She is thrilled to serve as assistant to the director on the second show of the season, Now Circa Then. Sarah has previously worked with The Paperbag Players, and the Sarah Lawrence theatre department. She hopes to someday direct The Zoo Story by Edward Albee, and she would like to eventually live in New York City or Boston and work as a director, stage manager, or producer. After high school, Sarah took a year off of school to sail around the Atlantic, and she would love to be able to somehow combine her passions for both the theatre and the ocean. Her favorite shows that she has worked on so far are Pippin as an assistant stage manager, and The Case of the Crushed Petunias, which she had the pleasure of directing. While in Massachusetts she would like to visit as many old estates as possible and explore the surrounding areas. 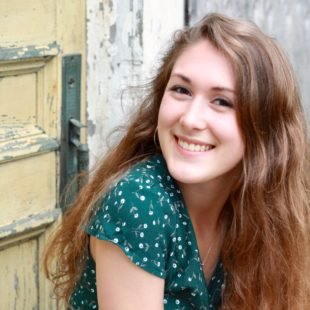 Shanna Gerlach is excited to be working with CTC this summer as an artistic and administrative intern! She is native to Alexandria, VA, and is currently majoring in both theatre and psychology and minoring in art at the University of Richmond, class of 2020. Shanna is most excited to have the opportunity to work with Colette Roberts and Tara Franklin on On the Exhale, and to explore the Berkshires. When she is not in class or in the theatre, you can find her coordinating for Camp Kesem, a non-profit camp for kids impacted by a parent’s cancer; in the art studio; in choir; or working on graphic design, calligraphy, and photography. She has always dreamed of playing Scout in To Kill a Mockingbird, and she hopes to continue growing and learning as a director in the future. Shanna’s favorite shows that she has worked on were Seussical the Musical where she played Jojo, and The Complete Works of William Shakespeare Abridged, which she directed. Fun fact– she was once on Michelle Obama’s Instagram from when she was a backup singer for Christmas in Washington! 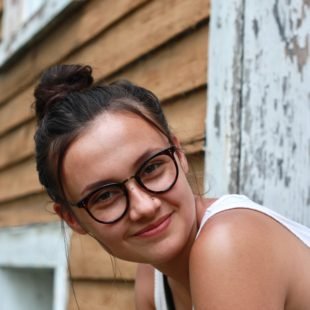 Hero Hendrick-Baker is proud to be an artistic/admin intern at Chester Theatre Company this 2019 season! She is from Northampton, MA, and is majoring in theater and government at Smith College, class of 2022. She has worked with Primary Stages, Pan Opera, Smith College and University theater departments, and Hartford Opera Theater. Her dream theatre project would be to work on any Anna Deavere-Smith play or the musical Fun Home. Hero cares deeply about many things including her family, farming, environmental and equal rights activism, roller derby, and the Marvel Cinematic Universe. Her favorite thing to do in Chester is to hang out with her coworkers. When she is not in rehearsal you can find Hero playing ultimate Frisbee, reading, meditating, or drinking lots of coffee. She is looking forward to visiting Provincetown, Cape Cod with her family later this summer.