Over the next few weeks, we will be introducing you to the 2019 cohort of CTC Summer Interns. This is our second installment in the series.

CTC’s 30th anniversary season is well on its way, and our summer interns have been hard at work making theatre happen in Chester! This week, we’d like to introduce you to Peter, our assistant stage manager for The Night Alive and On the Exhale, and Alex, who’s been working on wardrobe and props for all of our shows. 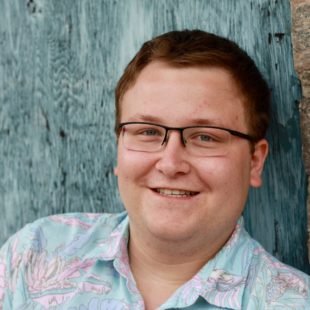 Peter Lydon is happy to be one of the stage management interns for this 2019 season. He is excited to be working in such a positive environment and to be learning from so many talented stage managers. Peter is originally from Westwood, NJ and is currently majoring in theatre arts and minoring in entrepreneurship at Rutgers University – New Brunswick, class of 2020. He has previously worked with Crossroads Theatre Company, Bergen Stages, and Players Guild of Leonia. Peter is wildly inspired by his cousin, Meg Lydon, who is also a stage manager. (Meg most recently stage managed The Aliens in 2018.) He hopes to someday be a stage manager for a Tony award winning production. So far, his favorite theatre project he has worked on was Guys and Dolls. Fun fact: the summer before his senior year of high school, Peter had the experience of having a nurse shark swim right between his legs. 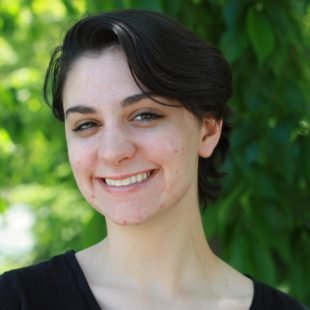 Alexandra Ose is thrilled to be the wardrobe and props intern for this 2019 season! She is originally from Vernon, CT, and is now studying Design and Technical Production with a concentration in costume design at the University of Connecticut, class of 2021. She worked with Connecticut Repertory Theatre prior to coming to Chester. Alexandra is most excited to be able to work on different types of shows than she would typically get to work on during the academic year. She is very gifted in public speaking and would love to take her passion of representation in the arts and become a voice for arts advocacy across the nation. Alexandra’s favorite thing to do in Chester is sit out on the porch, sip tea, and bask in the summer sun. She is looking forward to going blueberry picking and taking a trip to the Ben and Jerry’s farm.