What makes a farce? This was a question we tossed around at our Talkback on Thursday morning, where we discussed the Kenneth Branagh Theatre Company’s production of Francis Veber’s play The Painkiller. The Kenneth Branagh Theatre Company is a one year entity (at least at present), producing a full season of plays at the Garrick Theatre on the West End. In the play, Branagh plays a hired assassin, and Rob Brydon–a favorite English comic actor, best known to Americans from the movie The Trip with Steve Coogan–plays a lovelorn photographer.

The two check into matching, and connected, hotel rooms, and, well, let’s just say mayhem ensues. One of the topics we delved into was the way that farce keeps the stakes high for both characters and actors. Whatever a given character wants must be wanted desperately. No one employs half methods. There’s also an enormous amount of precision required–including physical precision.

The play is still in previews, with the press opening coming next Thursday. That means that–on top of performances–the cast is also still rehearsing. Tour-goers spent time on the question of what might be worked on during that time. Would it be physical work, script adjustments, or something else. 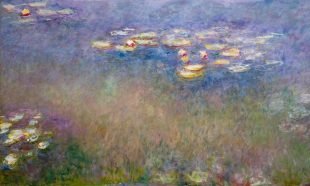 Following Talkback, tour-goers headed out for a variety of cultural activities. Some went to the Royal Academy of Arts. There’s a marvelous exhibit there right now on “Painting the Modern Garden,” that explores how the act of painting gardens freed artists to advance their own work and break new ground in the very act of painting. In essence, the show makes the claim that Impressionism, and other approaches, actually developed in part through the painting of gardens. 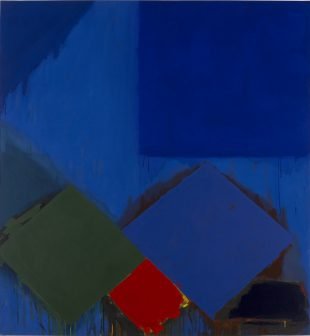 In the evening, we made our way to North London, to see Robert Icke’s production of Uncle Vanya at the Almeida Theatre. Many took the opportunity to have dinner around the corner at Ottolenghi before the play. Uncle Vanya is one of the hot tickets in London just now–in fact we’ve been asked if we have any tickets to spare–and we were feeling lucky to be seeing it.