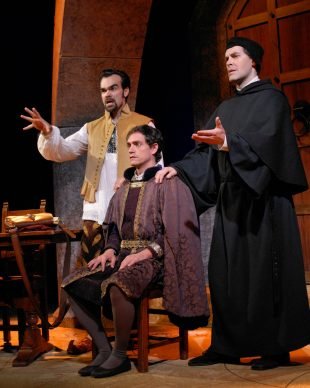 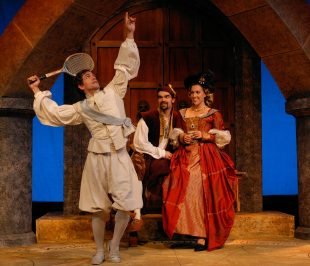 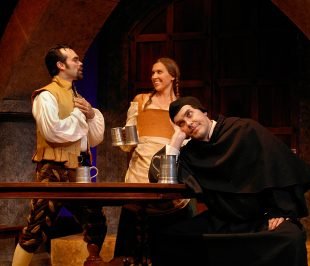 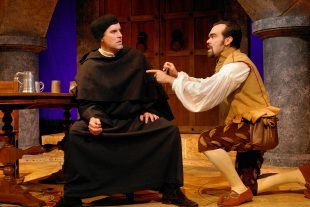 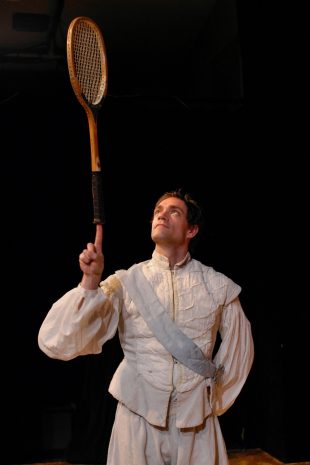 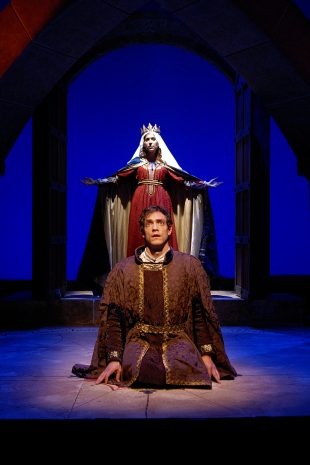 October 1517, fall semester at the University of Wittenberg, and Hamlet is struggling with his faith (and his tennis game). He turns to two Wittenberg professors for guidance: John Faustus (philosophy) and Martin Luther (theology). The dazzling battle of wits that ensues is a thrilling testament to the never-ending tension between Reason and Faith. A clever, hip and ambitious comedy that will delight Tom Stoppard fans while providing the back story to Shakespeare’s Hamlet, Marlowe’s Dr. Faustus and, yes, even the Protestant Reformation.