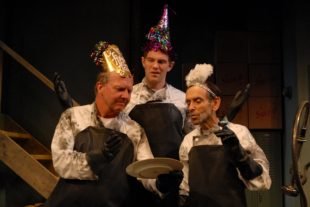 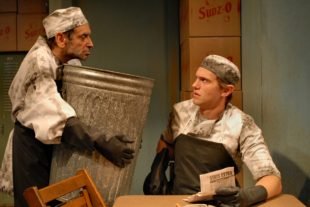 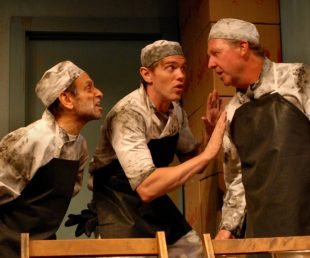 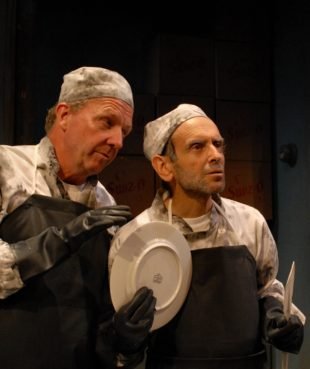 Of all our contemporary urban myths none is more absurd than the fiction of the “classless society,” and Morris Panych’s latest comedy penetrates ruthlessly to the shock and horror of the residue of hardened pesto soiling its porcelain heart.

Haplessly determined to have his own miserable authority vindicated, chief dishwasher Dressler presides over the steam-choked basement of an up-scale restaurant, a place of seamless existential drudgery so utterly remote from the light of day that its wage-slaves have no contact with anyone outside. Spouting an indiscriminate cornucopia of working-class ethic, an interminable babble of pride of craft, Marxist rhetoric and the virtues of individual entrepreneurship as celebrated by Ayn Rand, Dressler tyrannizes his co-workers relentlessly.

Unfortunately, both the “old hand” Moss and the “new guy” Emmett fail utterly to see things his way as they stubbornly and inexplicably pursue both their rejection of and aspiration to join “the folks upstairs.”