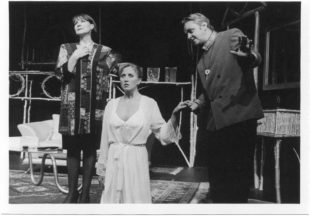 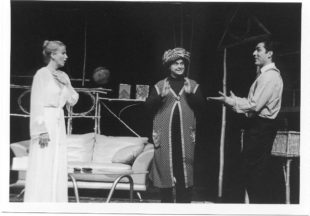 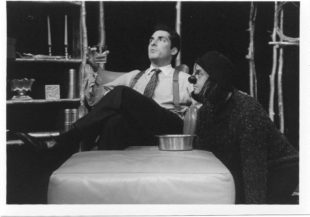 A black comedic look at the parents in Peter Pan. It is set in the present, in an upscale townhouse. Mrs Darling is a socialite and George Darling is a white collar criminal with the U S Attorney’s Office closing in. George has decided that he must escape to Switzerland, but his wife refuses to believe that his problems are real. She goes off to receive an award for her work with “brownish” children. George then confides in Nana, his dog and drinking companion, his disappointment in the devolution of his marriage. Upon Mrs Darling’s return, they notice that their children, Wendy Peter, and Michael to are missing – it takes them awhile, though, as they only speak to their children through the intercom. The Darlings proceeded to try to retrieve their children, each in his own way. In doing so, they explore their commitment to parenthood and to each other.