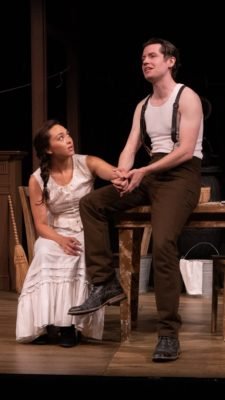 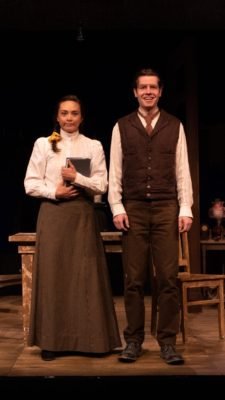 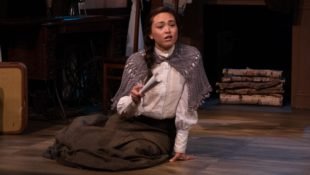 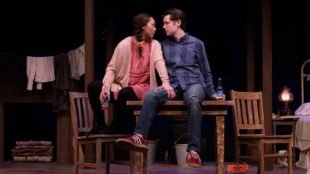 Set in a New York tenement museum, Now Circa Then dances between the tale of two young immigrants, Josephine and Julian, making their way in their new country in the 1890s, and the developing relationship of Margie and Gideon, a mismatched pair of re-enactors hired to portray them. Things take a turn when the young museum employees’ relationship spills into the story they are charged with acting out. 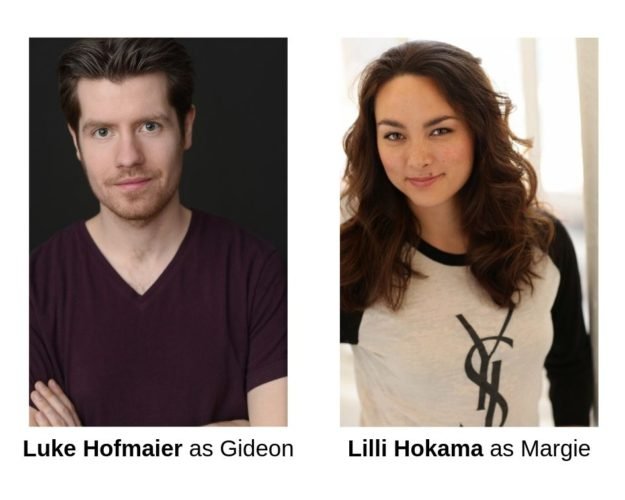 “…a masterpiece that zips along…”

“The two leads are charming and their performances are tightly controlled… Both actors play the comedy with verve and the disagreements with authority.”

“Though the script is of the romcom nature, serious human difficulties are confronted and genuinely portrayed through Mensch’s dialogue.”

“This is a warm, sweet play beautifully acted and staged.  It is a treat to see Now Circa Then.”

“…a celebration of the promise of America, the promise that here it is possible to reinvent yourself and change what your destiny is by taking a risk, working hard and striving to be authentic.”

“Luke Hofmaier and Lilli Hokama are irresistibly charming and great company for the evening.”

“moves so swiftly and entertainingly back and forth in time”

“Margie has gotten off the train in a city of strangers, wanting to test her strength.

“‘Sometimes, I get overwhelmed,” she tells Gideon one night after hours, ‘that I’m never going to achieve my full potential as a human being on this earth.’

“She has just started working with him. They are reenactors at the Tenement Museum on the lower East Side, playing Julian and Josephine Glockner, who came to New York in 1890 from a small river town in what is now the Ukraine.”