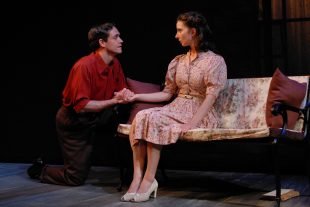 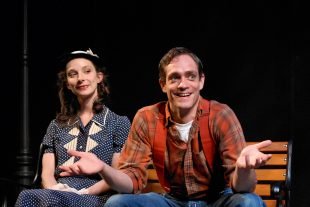 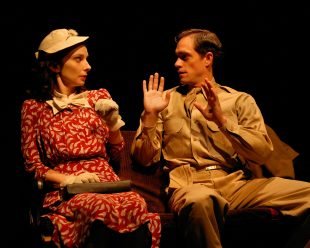 Christmas 1940, a soldier and a schoolteacher meet on a train somewhere between Los Angeles and Chicago, setting in motion a course of events neither can foresee. Arlene Hutton’s award winning comedy tracks May and Raleigh’s romance through years of missed connections. This funny, touching portrait of two people searching for happiness was nominated by the New York Drama League as Best Play of 1999 and was a smash hit at CTC in 2001.