This is the tale of Jonah and Sophie. And a fox called Scruffilitis. And an old green coat. It’s a love story. A quirky love story, but a love story all the same. A charming, delicate, and darkly funny play about virtual reality, fear of intimacy, and love in the digital age. Featuring Joel Ripka (Nibroc Trilogy, Wittenberg, The Swan).

“Blink is everything you want in a relationship play: funny, painful, affecting.” New York Times 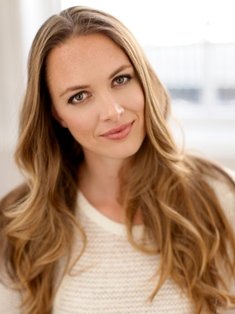 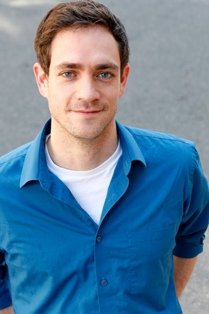 *Denotes member of Actors’ Equity Association, the Union of Professional Actors and Stage Managers in the United States

“If you’ve never been to CTC, this would be the summer to start, with Phil Porter’s quirky romantic comedy Blink. His language is both simple and poetic; the turns of his script, a series of pleasurable surprises. His characters are both familiar and yet unlike any you’ve actually seen on the stage. Technology is the attention-getting gimmick in this two-hander, but what makes this evening absorbing is the writing, teamed with excellent acting and directing. I will not spoil the play by disclosing how and when the gig is up or how the play ends (surprisingly). But I will enthuse about the playwright’s unusual take on the age-old subjects of love, loneliness, and the difficulties of intimate relationships. Blink is a very satisfying production, blending the work of two excellent actors, and a team of confident designers… Unlike a blink, this theatrical gem leaves an afterglow long after you leave the theater.” Helen Epstein — ArtsFuse (Read the full review here)

“Chester Theatre has a winner !  If word of mouth gets out and fills the theatre, management may have to extend the run of this witty, brilliantly written play by Phil Porter whose run ends August 23.  Everything about this production is excellent. The sets, the sound, the lighting and the two very fine actors and of course Mr Kramer’s subtle direction. It’s about communication in this age of immediate digital non-relationships. A farm boy meets a city girl and the fun begins as their ‘screens’ develop a relationship, until they meet in the flesh… this play is a refined, intellectually challenging and sweet adventure into the future, anchored in the past, echoing the mores of the English and their good manners, it has twists and turns that will amuse you and keep you riveted. And all of it takes only one hour and twenty minutes to accomplish with its economy and use of our beautiful English language by playwright Phil Porter. It has to be the best play I’ve seen this summer. Everything comes together and the actors simply romp through it, obviously enjoying every moment. I could have watched them all night.” Rex Hearn — Berkshire Record