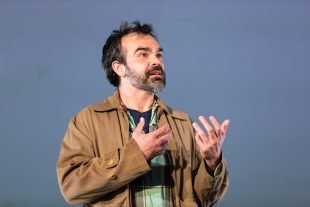 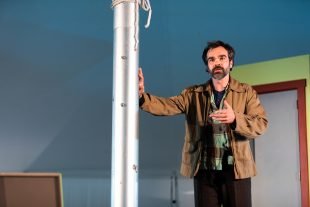 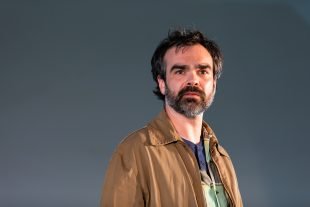 Sponsored by:
Ed and Carla Slomin
Rhonda and Carl Steeg 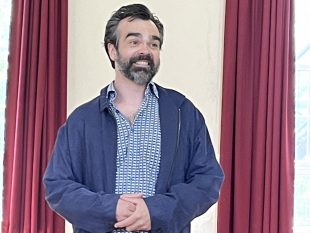 The New York Times recommends Title and Deed in their summer preview article.

“Will Eno’s one-character masterpiece is the season opener for Chester Theatre Company… one of those shows you need to experience for yourself for no description of it can bring you the wonder of its writing as played by the two artists who have made it so enthralling: Barry and Naughton. I urge you to see it and soon.”
— J. Peter Bergman’s review in The Berkshire Edge

“Chester Theater Company’s production of “Title and Deed’, staged under a tent at field’s edge in Hancock Shaker Village, is a master class of playwriting for Will Eno, acting for James Barry and direction for Kiera Naughton.”
— Dan Dwyer’s review in Off Script

“Director Keira Naughton’s smoothly flowing production playfully acknowledges its physical location — a huge tent surrounded by farmland — by incorporating it into the monologue (Eno has written some new lines specifically for this run) and James McNamara’s soundscape. [James] Barry is masterly.”
— Jeffrey Borak’s review in The Berkshire Eagle

“Director Keira Naughton has mined the script for all its worth and guided Barry to this wonderful, open, engaging presence… To those unfamiliar with Chester Theatre Company, “Title and Deed” is an excellent introduction to the company.”
— Patrick White’s review in Nippertown

“It was bracing to experience a play with so many resonances to where we’ve just been and are now, and wonderful to see a consummate actor plying his craft before us – that is, with us.”–Chris Rohmann’s review in The Valley Advocate

“Mr. Barry and Ms. Naughton have produced a masterly piece of theatrical art.”–Macey Levin’s review in Berkshire on Stage

“Title and Deed offers the multi-talented Barry an opportunity to shine in a solo show.”–Mark Auerbach in The Westfield News