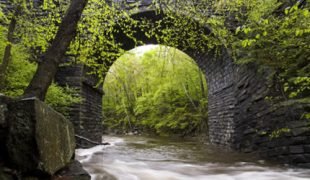 In 2013, CTC will present its 24th  season in Chester, MA.
CTC produces under an AEA/SPT Level 6 contract
For more information about CTC, go to www.chestertheatre.org

To arrange an appointment for the Chester EPA, please call 413.354.7770
Monday-Friday, 10-3, beginning Monday, April 8, 2013; or email: info@chestertheatre.org
The New York EPA will be scheduled and monitored by AEA.

ARMS ON FIRE
by Steven Sater

Ulysses, a factory worker, meets Smith, a young singer on the make. As Smith spins out his dreams for the future, he draws out Ulysses’ past, including memories of his lost love Josephina, a passionate nightclub singer. When she appears, both men must face truths about the present.

In this psychological thriller, set in Edwardian London, a con man courts lonely women, marries them, takes their life’s savings and disappears. But, Adelaide, his latest target, has a peculiar effect on him, and almost nothing seems to go as he plans.

Phyllis has organized “Body Awareness Week” at the college where she teaches. She and her partner Joyce, are hosting Frank, a guest artist whose nude photos are part of the event. When Joyce’s son Jared turns to Frank for advice, and Joyce considers posing for Frank, tensions rise.

With his battered suitcase by his side, the poet tells his story: of gods and goddesses, kings and heroes, epic battles, an endless war.

*Performers will be considered as possible replacements, should any become necessary.