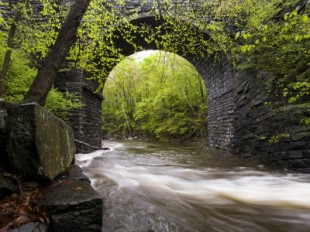 In 2014, CTC will present its 25th  season in Chester, MA.
CTC produces under an AEA/SPT Level 6 contract
For more information about CTC, go to www.chestertheatre.org

To arrange an appointment for the Chester EPA, please call 413.354.7770
Monday-Friday, 10-3, beginning Monday, April 14, 2014; or email: info@chestertheatre.org
The New York EPA will be scheduled and monitored by AEA.

Gideon has disappeared. His sister, June; his mother, Lilian; and Nathan, his father’s business partner, come to a hotel room in Rome seeking answers. As their stories unfold, weaving back and forth in time, a complex web of relationships is revealed. And yet, the essential mystery – why did Gideon vanish – remains.

Twenty years ago, in the middle of the night, Emma walked out on Ulysses, taking their infant son. Now, hearing he’s in dire straits, she tracks him down in a trailer park on the high plains of  Colorado. Their reunion is alternately comic and conflicted. And, the more they understand what drove them apart, the more they’re drawn together.

Bernard learns that he has been cloned. Shocked, he seeks an explanation from his father, Salter. But then, so do two other “sons”. Who is the original? Who are the clones? A fast-paced psychological thriller and a dark tale of a father’s love for his son.

A fictional exploration of the Nickel Mines Schoolhouse shooting, a tragedy in an Amish community. A one woman show in which the actress plays a host of characters – victims, community members, the gunman – some trapped in cycles of grief, others struggling to forgive.

*Performers will be considered as possible replacements, should any become necessary.