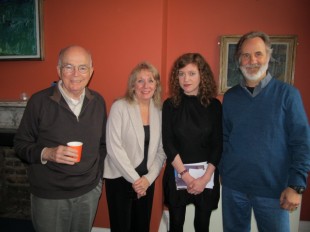 As a journalist covering the theatre beat in Dublin, Sophie is uniquely placed to give an overview of both the Dublin Theatre Festival and the overall Dublin Theatre scene. She covered topics as wide ranging as the change in directorship of the Festival, the effects of losing the Festival’s lead corporate sponsor, and the double lives of Irish novelists as playwrights, with insight, intelligence, and charm.

Sophie also previewed the shows we would be seeing, tying them in to the Festival’s “Your City, Your Stories” theme. With Ulster Bank withdrawing as lead sponsor, there are fewer foreign companies at the Festival this year, and more of a focus on local talent, local writers, and local stories. We were pleased to hear that she thought we had chosen our selection of plays well — both on the scale of quality and on the diversity of styles and venues. Our appetites were whetted.

Finally, Sophie touched on the cultural underpinnings of the shows, from the Potato Famine and the wave of emigration it produced, to the struggles to establish an Irish Free State, to the rise and fall of the Celtic Tiger. 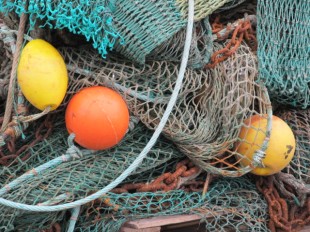 Following the TalkBack, a number of us went to Howth, a charming fishing village at the north end of Dublin Bay, a 25 minute train ride from central Dublin. After a scrumptious seafood lunch at a restaurant right on the quay where fishing boats are moored, we explored the harbor, the yacht marina, the long breakwater and the ruins of a 14th century church on a hill overlooking the harbor. The views are breathtaking, the sea air bracing, and the photo ops plentiful.

After a quick dinner, we were off to our first play, THE LAST SUMMER, at the Gate Theatre, just two blocks from the Gresham. Playwright Declan Hughes, co-founder of the groundbreaking Irish company Rough Magic, has returned to the stage after a very successful stint as a crime fiction writer, to tell the story of two days 30 years apart. The central characters are childhood friends, members of a band that will give its first concert as their high school graduation nears.

The lead singer, sensing more opportunity elsewhere, will emigrate to the States, leaving the band behind. He returns to Dublin thirty years later, to reclaim his long lost love. Unbeknownst to his friends, the fall of the Celtic Tiger is looming, threatening their livelihoods in various aspects of the real estate business. Two separate casts of actors play the same characters on either side of the thirty year divide. A Dublin Story for our time. 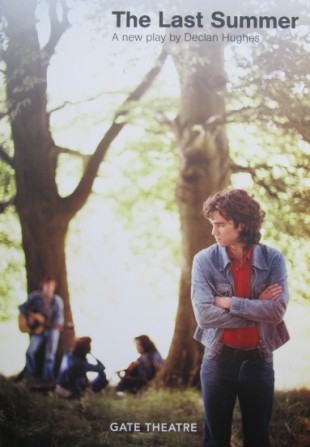