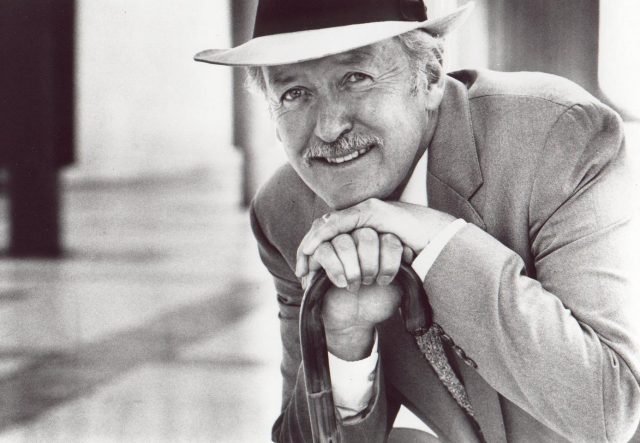 The Board of Directors, the Staff and Artists of Chester Theatre Company are saddened at the passing of CTC co-Founder Vincent Dowling. Our condolences go out to Olwen and Bairbre Dowling, who both contributed so much to the success of the organization and its early productions, and to the rest of Vincent’s family.
Vincent Dowling was a member of the Abbey Theatre, the national theatre of Ireland, for five decades. He was also artistic director of Great Lakes Shakespeare Festival in Cleveland for eight years before his tenure as artistic director of CTC. Not only did he produce the first six CTC seasons (1990-1995), he also appeared in many CTC productions as an actor, including many audience favorites: as Mr. Dooley in MR. DOOLEY’S AMERICA (twice), as John Muir in JOHN AND TEDDY, in THE GIN GAME with Kim Hunter, in the American Premiere of Sebastian Barry’s BOSS GRADY’S BOYS and in Athol Fugard’s VALLEY SONG.
CTC Artistic Director Byam Stevens said: “Vincent believed in bringing theatre to the people – he was as happy performing in a library, church or at Chester On Track as he was performing at the White House (which he did three times) or the Abbey. When I first came to CTC, I asked Vincent about the improbability of founding a professional theatre company in a small, rural town – his answer was that every town should have a professional theatre! The Staff and Artists of CTC strive, every day, to ensure that his vision is a continuing reality.”
Chester Theatre Company was founded in 1990 by Vincent Dowling and H. Newman Marsh. Over the years, The Miniature Theatre of Chester, as it was then known, grew from “little miracle of the Berkshires” (The Berkshire Eagle) to a company that “has produced a record that can rival the best the area has to offer.” (The Boston Globe)