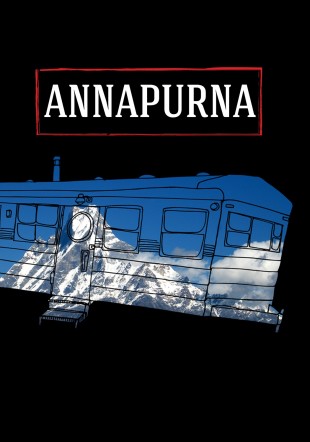 ANNAPURNA is a “comic and gripping duet” (San Francisco Chronicle) on the persistence of love. Twenty years ago, in the middle of the night, Emma (Michelle Joyner) walked out on Ulysses (Daniel Riordan), her cowboy-poet husband. Now, hearing he’s in dire straits, she tracks him down to a trailer park in the wilds of Colorado where she finds him hooked to an oxygen tank and cooking sausages in the buff. Their reunion, alternately comic and conflicted, is full of razor sharp wit and brutal honesty. To their surprise, the more they understand what drove them apart, the more they are drawn together.“CTC’s 25th season is a celebration of contemporary playwrights across the spectrum of career accomplishment, ” says CTC Artistic Director Byam Stevens, “Sharr White is a young American writer with a fast-rising international profile. In the past year he has had Broadway, Off Broadway, European and Australian productions. He has a unique and unmistakable gift for crackling dialogue that veers back and forth from the hilarious to the poetic. The result is a play with depth that is a fun ride.”

ANNAPURNA premiered at the Magic Theatre in San Francisco and was a finalist for the Steinberg/ATCA New Play Award. The play made its Off Broadway premiere with New Group in NYC, featuring Los Angeles cast members Megan Mulally and Nick Offerman. “Mr. White writes crisp, sometimes darkly funny, naturalistic dialogue. His two characters, offer talent-stretching rewards,” according to The New York Times. The Huffington Post also praised White’s writing: “Sharr White has created two fine and ferociously damaged people caught in the emotional whirlpool of not being able to live with or without each other.”

Robert Egan will be making his directing debut at CTC with ANNAPURNA. Egan is the Founding Artistic Director/Producer of the Ojai Playwright’s Conference (OPC), one of the most prestigious summer new play development conferences in America. Before OPC, he served for twenty years as the Producing Artistic Director of the Mark Taper Forum, one of the country’s leading theatre companies.

Tickets are available on CTC’s website: www.chestertheatre.org, or by phone at 1-800-595-4TIX. To receive a brochure, contact the CTC office at 413-354-7770. CTC performances take place at Chester’s Historic Town Hall, 15 Middlefield Road, Chester, MA. Performances are Wednesday through Saturday at 8:00pm, with matinees Thursdays and Sundays at 2:00pm. There will be no performance on July 4th. Tickets are $30 for weekday performances (Wed-Fri), $35 for weekend (Sat & Sun). Student, Chester Resident, and Saturday Night Rush tickets available; group rates for 10 or more are also available.

Chester Theatre Company, a professional theatre company located in the foothills of the Berkshires, produces 4 plays each summer, performed by top-flight actors, directors and designers from across the country.Under the leadership of Artistic Director Byam Stevens, CTC has earned a reputation for producing the best in contemporary theatre — 17 CTC productions have gone on to Off Broadway, regional, national, and international engagements in the last 17 years.
ANNAPURNA’s corporate sponsors are