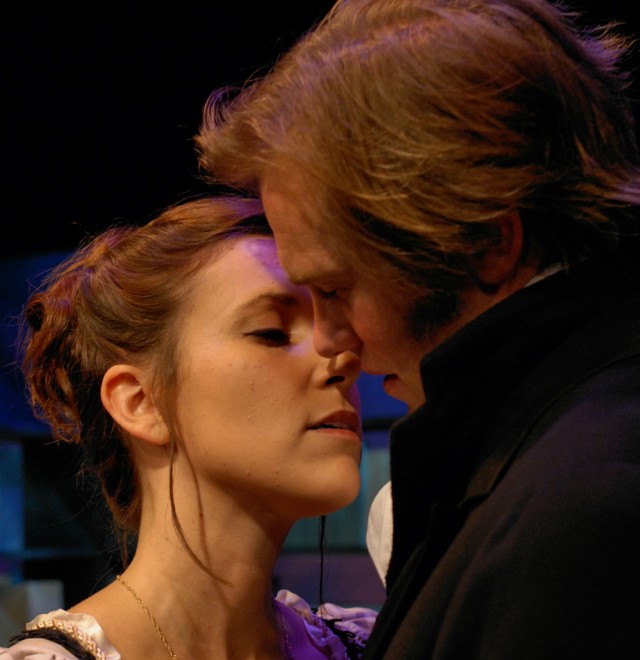 “There’s a saying in the theatre trade that all plays are love stories,” according to CTC Artistic Director Byam Stevens “and our 23rd season will bear that saying out. But, there’s a twist — these aren’t your usual love stories, you won’t find a conventional romantic comedy among them. Not to worry though, there’s still romance and comedy and betrayal and magic and mystery aplenty – all the makings of great theatre from today’s best writers!”

The season opens on July 5th with the New England Premiere of Animals Out of Paper, by Rajiv Joseph, author of the hit play Bengal Tiger at the Baghdad Zoo, which starred Robin Williams in its Broadway run. This wise and richly layered comedy tells the story of Ilana, a world-renowned origami artist. When the play opens, her life is in disarray – she’s going through a divorce, her dog has run away and she hasn’t answered her phone in two months. Then her intercom buzzes. It’s Andy, a fan, a high school teacher who counts his blessings. Literally. Andy soon introduces Suresh, an ipod addict and origami prodigy into Ilana’s life and the plot folds really get complicated. The New York Times called Animals Out of Paper “Pitch-perfect… alternately wrenching and funny.” The production will run July 5-15.

Running July 18-29, The Swan, a mysterious and comic fantasy on the Leda and the Swan myth, will offer a complete change of pace. Elizabeth Egloff’s remarkable play, awarded the prestigious Kesselring Prize for its premiere production at New York’s Public Theatre, recounts the adventures of Dora Hand. Dora lives by herself on the Nebraska prairie — she’s gone through three husbands and now seems destined to play the lonely mistress to her married milkman, Kevin — until a swan crashes into her living room window. Strangely, to all outward appearances, the swan seems to be a charismatic and child-like man who quickly learns the ropes: speech, dressing, checkers, beer and love for his new mistress. According to New York Newsday The Swan is “A bewitching bedtime story for grown-ups.” Daniel Elihu Kramer, director of CTC’s thrilling 2011 journey into the supernatural, The Turn of the Screw, will direct.

The New England Premiere of Running by Arlene Hutton, author of the CTC smash hit The Nibroc Trilogy, will open August 1 and run through August 12. Ms. Hutton brings her trademark gift for the natural ebb and flow of dialogue to a modern New York story. It’s the eve of the New York Marathon, and Stephen, preparing for his first race, needs a good night’s sleep. His wife is in London on business and he has the apartment to himself. Until Emily, his wife’s ex-roommate, shows up unexpectedly in the wee hours of the morning. Their late night conversation becomes late night confessions and connections in this witty, insightful dramedy that was the hit of the New York Fringe Festival. Running, “a smart, funny script …a very real, human drama” (NYTheatre.com), will be directed by Ron Bashford, who helmed CTC’s 2011 hit production of pride@prejudice.

The 2012 season will come to a close with the Western Massachusetts Regional Premiere of The Betrothed by Dipika Guha. Ms. Guha, a recent graduate of Yale Drama School is an exciting young playwright who’s had fellowships at Yale, Harvard and Brown. The Betrothed, her delightful adventure in magic realism, opens as Simon’s flight crosses the Atlantic to the Old Country, where he imagines the beautiful woman waiting for him. Betrothed from birth, he’s waited thirty long years to meet his beloved. Upon arrival, his fantasy is derailed by old crones, morally ambiguous clergymen, deceitful babies, and barnyard animals. Simon must navigate a world where murder, ghostly possession, and rampant cuckoldry wreak havoc with his sense of reality. This existential comedy with a fairy tale heart is “A whimsical tour of the supernatural” according to the Boston Globe. Directed by Byam Stevens, the production runs August 15-26.

Tickets are available for purchase at the door of Chester Town Hall, by phone at 1-800-595-4TIX, or online at chestertheatre.tix.com.