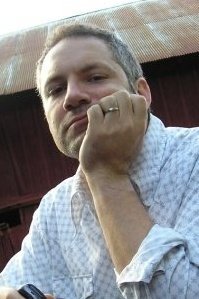 Byam Stevens to Step Down After 2015 Summer Season

Chester Theatre Company will have a new Producing Artistic Director starting in September of 2015. After almost two decades, incumbent Artistic Director Byam Stevens will step down to pursue other projects. Daniel Elihu Kramer, who has served as CTC’s Associate Artistic Director since 2012, will take on the artistic leadership for CTC’s 2016 season, the company’s 27th year of producing professional summer theatre in Western Massachusetts.

Kramer, who first directed at CTC in 2010, said: “I am excited and honored to be stepping into the role of Producing Artistic Director, and I deeply appreciate the faith the Board has placed in me. Byam has done so much over nineteen years to develop a vibrant theatre here in Chester, a place where artists and audiences come together to share lively, thought-provoking productions and conversations. CTC is positioned to take exciting steps in the years ahead—in developing new work and new audiences, and in broadening our educational programs. I look forward to partnering with the Board, with our dedicated patrons, and with current and future artists in leading this gem of a theatre toward an expanded presence in the region and in the national scene.”

Daniel Elihu Kramer works as a director, playwright, filmmaker, and educator. CTC audiences know his directing work from plays including The Amish Project, The Turn of the Screw, and Tryst. He also wrote CTC’s 2011 hit Pride@Prejudice. He has been artistic director of Salt Lake Shakespeare, associate artistic director of Spiral Stage, and assistant to the artistic director of Circle Repertory Theatre. He has directed extensively regionally and in New York, and his plays, productions, and directing have received multiple awards. Kramer holds an MFA in Directing from Yale School of Drama and a BA from Haverford College, and is a member of the Stage Directors and Choreographers Society, and the Dramatists Guild. He is also currently chair of the theatre department at Smith College.

CTC Board Chair Cipora Brown said on behalf of the Board of Directors: “This is an exciting time for Chester Theatre Company.   As saddened as we are by the retirement of our longtime AD and visionary Byam Stevens, we are thrilled to welcome Daniel Elihu Kramer, who has already engaged our audiences with terrific productions in previous seasons. I am looking forward to being surprised, amused, challenged, puzzled and intrigued. He is a worthy successor.”

Stevens will be teaching, writing and freelance directing. “We have accomplished a lot in the last 19 seasons; CTC is a stronger, more stable, more respected theatre company than the one I joined back in 1998. It’s good for arts organizations to have infusions of new blood and new ideas. Daniel has been with CTC for four years, he understands our mission and knows our resource base; more importantly, he has all the gifts necessary to take it to the next level.”