Chester Theatre Company will present its 24th season, from June 26th to August 25th at the Chester Town Hall in Chester, MA. Kicking off the season will be the World Premiere of a new play with music, ARMS ON FIRE, by Steven Sater and Duncan Sheik, the Tony and Olivier Award winning creators of Spring Awakening, and the Regional Premieres of Annie Baker’s BODY AWARENESS and the widely acclaimed one man show AN ILIAD.
[sc:Yellow-Link url=”https://chestertheatre.org/plan-your-visit/buy-tickets” name=”BUY TICKETS HERE” ] 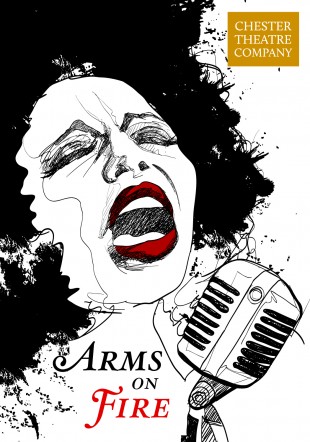 Left-click on images for downloadable format

The season opens on June 26th with the World Premiere of ARMS ON FIRE, by Steven Sater, with music by Duncan Sheik. The play tells the story of Smith, a young singer in search of a career break, who meets Ulysses, a factory worker living in New York’s Hell’s Kitchen. As Smith spins out dreams of his future, he also draws out Ulysses’ past — memories of his lost love Josephina, a passionate nightclub singer. When Josephina appears, both men are forced to face truths about the present. This deeply moving and often funny play about an unlikely friendship will be directed by CTC Artistic Director Byam Stevens. The New York Times hailed Sater and Sheik’s Tony Award winning Spring Awakening as “the freshest and most exciting new musical Broadway has seen in some time.” ARMS ON FIRE will run June 26th to July 7th.

“The first play I directed as Artistic Director of CTC was Steven Sater’s Plains of Ilion.” said Byam Stevens, “It’s truly great to have him back again to open our season with the world premiere of a new play with music by renowned performer and recording artist Duncan Sheik. This will be our 25th world premiere in 24 years, a production record very much in keeping with our commitment to presenting the best in contemporary theatre. The 2013 season is a gallery of superb contemporary writing from the psychological thriller TRYST to the comedy of manners BODY AWARENESS to the poetic re-imaginating of a world classic AN ILIAD.” 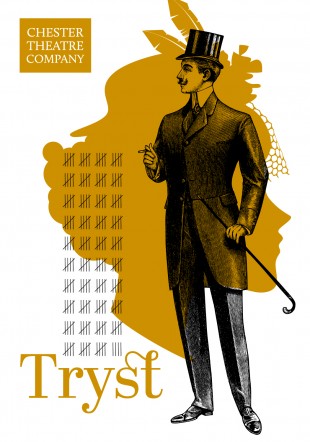 Running July 11-21, TRYST, a psychological thriller set in Edwardian London, offers a complete change of pace. It’s as if Downton Abbey meets Hitchcock in Karoline Leach’s riveting drama of romance and suspense, attraction and betrayal. The Berkshire Eagle enthused “a compelling, haunting play… that plays by its own rules.” TRYST opens with a direct address from a handsome con-man going by the name George Love, who courts vulnerable spinsters, marries them, takes their life’s savings and disappears. He is soon joined on stage by his latest target, lonely Adelaide Pinchin. But, Adelaide has a peculiar effect on George, and almost nothing seems to go as he plans. This tantalizing drama will feature two CTC favorites: Allison McLemore, who played the Governess in The Turn of the Screw and May in The Nibroc Trilogy, and James Barry, whose portrayal of Dr. Faustus in Wittenberg was named the Best Performance of 2011 by the Berkshire Eagle. Daniel Elihu Kramer, director of that thrilling 2011 production of The Turn of the Screw, will direct. 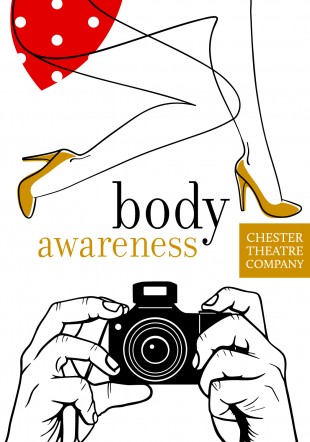 The Regional Premiere of Annie Baker’s BODY AWARENESS, will open July 31 and run through August 11. Ms. Baker, with her unique ear for dialogue and ability to capture the dramatic potential of everyday life, is fast becoming one of America’s eminent playwrights. BODY AWARENESS focuses on a modern nuclear family: Phyllis, a college professor, her partner Joyce, a high school teacher and Joyce’s adult son, Jared. Phyllis has organized “Body Awareness Week” at the college where she teaches. She and Joyce are hosting Frank, a Body Awareness Week guest artist whose nude photos are being shown in the campus gallery. When Jared — who swears he doesn’t have Asperger’s Syndrome — turns to Frank for advice, and Joyce considers posing for him, tensions rise in this smart and generous comedy from the Obie Award winning playwright (and Amherst native). The New York Times praised BODY AWARENESS as “an engaging new comedy by a young playwright with a probing, understated voice.” Knud Adams, a newcomer to CTC who has assisted director Sam Gold on two productions of Annie Baker plays, will direct. 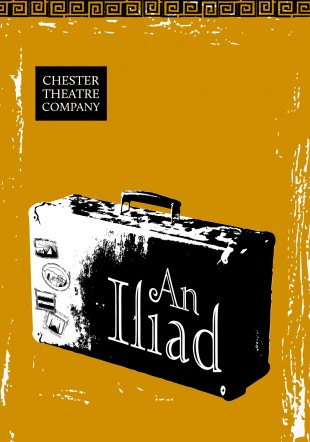 The 2013 season will come to a close with the Regional Premiere of Lisa Peterson and Denis O’Hare’s AN ILIAD, their acclaimed re-imagining of Homer’s classic. Their much traveled Poet, accompanied by live music, tells his story of gods and goddesses, kings and heroes, epic battles, and endless war. With excerpts from Robert Fagles’ soaring translation, the ancient tale comes roaring back to life in a striking new telling filled with fresh wit and eternal wisdom. Director Sheila Siragusa will be re-united with CTC favorite Steve Hendrickson for the 4th time (Crime and Punishment, Blackbird, Mercy of a Storm) to bring CTC audiences a play that the New York Times calls: “Spellbinding…an age-old story that resonates with tragic meaning today.” The production runs August 15-25.

Chester Theatre Company, a professional theatre company located in the foothills of the Berkshires, produces 4 plays each summer, performed by top-flight actors, directors and designers from across the country. Under the leadership of Artistic Director Byam Stevens, CTC has earned a reputation for producing the best in contemporary theatre — 17 CTC productions have gone on to Off Broadway, regional, national, and international engagements in the last 15 years.  For further information go to CTC’s website, click here.

CTC performances are supported, in part, by the Massachusetts Cultural Council and the Local Cultural Councils of Blandford, Chester, Montgomery, Russell, Otis, Washington, and Worthington.