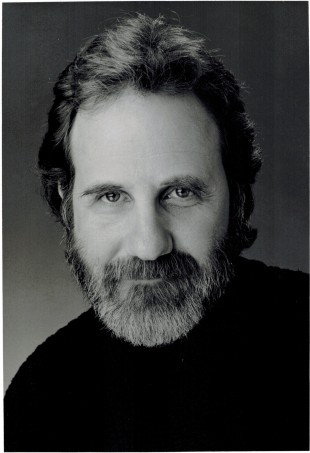 Chester Theatre Company will present its 26th season from June 24th – August 23rd at the Chester Town Hall in Chester, MA. It will be the final season for Byam Stevens, who has been the theatre company’s artistic director since 1998.

Stevens is, “Excited about sharing this slate of plays in this, my last season as Artistic Director of Chester Theatre Company. They represent the best of contemporary writing for the theatre, by men and women, from England, Ireland and the United States.

Since my first season at CTC, I have voiced my belief that Theatre should function as a forum that addresses both the lasting questions facing us as humanity and issues that face us as a society. Further, that the plays we present will be intelligent, language-driven and thought-provoking.

I think these plays are in keeping with that twin focus – plays that deal with lasting questions (How do we find redemption? How do we unravel the eternal mystery of mother/daughter relationships?) and plays that deal with issues facing us today (How can we provide meaningful end of life experience for the aging? What shape will our relationships take in an increasingly technological world?)

We will support these explorations with our signature TalkBacks and Sunday Panels. It looks to be an exciting, engaging and thoughtful summer.”

The season begins on June 24 with the East Coast premiere of Scott Carter’s THE GOSPEL ACCORDING TO THOMAS JEFFERSON, CHARLES DICKENS AND COUNT LEO TOLSTOY: DISCORD. Directed by Byam Stevens, this play finds an American Founding Father, a British Victorian novelist and a Russian a Revolutionary locked together in a room from which there seems to be no exit. How can this trio escape? They will have to collaborate. This comedy of ideas reveals what happens when great men of history are forced to repeat it. June 24-July 5.

The season continues on July 9 with the New England premiere of celebrated Irish playwright Deirdre Kinahan’s HALCYON DAYS, a witty, touching play about reawakening to life’s possibilities. Patricia storms into the nursing-home conservatory where Sean sits alone, submerged in his memories. Her feisty zest for life prompts an intriguing intimacy—by turns charming and combative, tender and funny. Featuring Jill Tanner (The Retreat From Moscow) and Anderson Matthews (The Interrogation of Nathan Hale and The Drawer Boy). Directed by James Warwick. July 9-19.

Kathleen Tolan’s MEMORY HOUSE explores the mother-daughter relationship over the course of one night. It’s New Year’s Eve in a New York apartment. Maggie hovers as her teenage daughter Katiatries to finish her college application—due by midnight. Katia picks tonight—of all times—to challenge Maggie on the ethics of her adoption from Russia, while Maggie picks tonight to learn to bake a pie. Honest, sharp-witted, sharp-tongued, and ultimately deeply loving. Directed by Sheila Siragusa. July 29-August 9.

The 26th season wraps up with the New England premiere of Phil Porter’s BLINK, the tale of Jonah and Sophie. And a fox called Scruffilitis. And an old green coat. It’s a love story. A quirky love story, but a love story all the same. A charming, delicate, and darkly funny play about virtual reality, fear of intimacy, and love in the digital age. Featuring Joel Ripka (Nibroc Trilogy, Wittenberg, The Swan). Directed by Daniel Elihu Kramer. August 13-23.