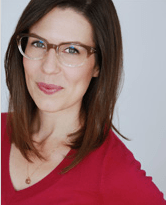 Chester Theatre Company and WAM Theatre are pleased to announce they will be partnering for a free reading of Lauren Gunderson’s smart, sly play The Revolutionists, directed by WAM Artistic Director Kristen van Ginhoven. The reading will take place Thursday, July 28 at 2 p.m. in the intimate setting of Chester’s Historic Town Hall, 15 Middlefield Road in Chester, MA. There will be a talkback following the reading. “

This is a first partnership for the two companies, which share a common interest in producing new works rarely seen by audiences in western Massachusetts. In The Revolutionists, four remarkable women lose their heads in an irreverent, girl-powered comedy set during the French Revolution. At the height of the Reign of Terror, playwright Olympe de Gouges, assassin Charlotte Corday, activist Marianne Angelle and former queen Marie Antoinette hang out, plot murder and try to beat back extremist insanity in Paris.

The cast includes Maconnia Chesser (The Taming of the Shrew and Richard III, Tennessee Shakespeare) as Marianne Angelle, Zoe Laiz (currently Twelfth Night and The Emperor of the Moon, Shakespeare & Company) as Charlotte Corday, Brenny Rabine (Other Desert Cities and God of Carnage, Capital Rep) as Olympe de Gouges and Kim Stauffer (Madagascar and Crime and Punishment at CTC, and the title role in Emilie: La Marquise Du Châtelet Defends Her Life Tonight at WAM) as Marie Antoinette.

“We’re so pleased to offer a free event to our audience, and to partner with WAM in exploring this exciting play,” said CTC’s Producing Artistic Director Daniel Elihu Kramer. “The reading is a chance to share our process, and to hear from our audience.”

WAM presented Gunderson’s play Emilie: La Marquise Du Châtelet Defends Her Life Tonight to great acclaim as their Main Stage production in 2013. WAM Artistic Director Kristen van Ginhoven directed that production. “Directing ‘Emilie’ in 2013 solidified my love for Lauren Gunderson’s work,” she said. ”It’s exciting for WAM Theatre to collaborate with Chester Theatre on the free reading of this smart and sassy story. The cast is top notch and I’m excited to hear our audience’s thoughts!”

There will be only one performance, so seats should be reserved as soon as possible by calling 1-800-595-4TIX(4849), e-mailing info@chestertheatre.org or visiting http://chestertheatre.tix.com/Event.aspx?EventCode=888993.