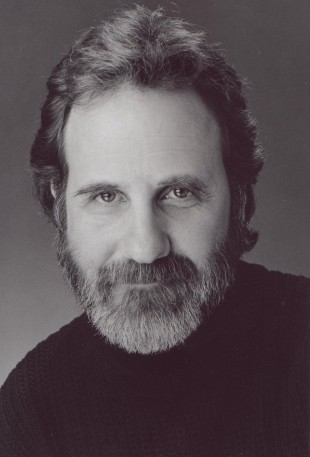 Byam Stevens has been the Artistic Director of Chester Theatre Company since 1998. For CTC he has directed the World Premieres of: The Darlings, Home Fires Burning, The Plains of Ilion and John and Teddy. Other productions for CTC: Wittenberg, Last Train to Nibroc, Love Song, The Dishwashers, Grace, Two Rooms, The Nina Variations, Tea For Three, An Almost Holy Picture, Valley Song, The Interrogation of Nathan Hale, Shirley Valentine, and the American Premiere of Sixteen Words For Water.

During his tenure, CTC has produced eight World Premieres and transferred seventeen productions to Off Broadway, Regional and Western Massachusetts venues including CityStage, Pittsfield Public Theatre, and the Consolati Arts Center in Sheffield.

Byam’s Off Broadway directing credits include: The Dishwashers by Morris Panych; The Bully Pulpit, starring Michael O. Smith as Teddy Roosevelt; the World Premiere of Carbondale Dreams by Steven Sater; The Underlings by Tom Fontana and the American Premiere of Beef by David Pownall.

In 2005, Byam commissioned, produced and directed Michael Dowling’s Random Acts, a drama addressing the bullying and coercive behavior afflicting American middle and high schools. The production toured high schools and middle schools across Western Massachusetts, playing to thousands of students.
In 2006, Byam was honored by the Massachusetts Alliance for Arts Education with a Champions of Arts Education Award, for developing The Gateway Project, a unique program that brought the children of Gateway Middle School together with theatre professionals to create theatre for public performance. The success of that program was replicated with The Camp Shepard Project, in partnership with the Westfield State University’s Department of Theatre and the Westfield YMCA.

Since 2005 he has taken hundreds of Western Massachusetts residents to London and Dublin on CTC’s annual theatre tours. These tours are highlighted by daily 90 minute TalkBacks on the art and craft of making theatre. Beginning in 2010, Byam has led a TalkBack after every CTC performance, a unique commitment by an artistic director to enriching the audience experience through dialogue.

Under his direction, CTC has provided hundreds of area high school and college students with paid internships. These internships span every theatre discipline from stage management to acting, from backstage run crew to office administration.

In addition to opening the 2011 Distinguished Lecturer Series at the Lenox Library, Byam is a regular at the Osher Lifetime Learning Institute at BCC, Learning in Retirement in Northampton, and at clubs, fraternal organizations and societies throughout the region.

Byam’s writing projects include American Letters, a stage adaptation of Andrew Carroll’s acclaimed Letters of a Nation presented at CTC and the Civil War play Holdouts (with Gregory Mortensen) produced by the Company of Angels in Los Angeles. He collaborated with American Ballet Theatre Artistic Director Kevin McKenzie to write, produce and direct the film, Exactly As I imagined It, a tribute to choreographer Kenneth McMillan.

As a Dramaturg, Story Editor, and Script Analyst, he has worked on over 150 projects in theatre, film and television, including Tony Award (Spring Awakening), Rosenthal Prize and Steppenwolf New Play Prize winners. His essays on new play development have been published in American Theatre, Theatre Times and The Dramatists Guild Quarterly.