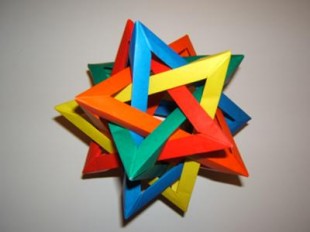 There’s always something magical about the first day of the summer at Chester. A little over a week ago, we were all gathered in the Chester Town Hall for the first rehearsal of Animals Out of Paper, by Rajiv Joseph. First of all, it amazes me each summer to think that the town hall will be converted into a theatre in a few short weeks. If you never have before, you should visit some time and see the town hall before we go at it; you’ll be amazed.

In any case, we were there with director May Adrales and her wonderful cast: Elizabeth Rich, Chad Hoeppner, and Vandit Bhatt for a first read of the script. It was a delight to hear them. Many of you already know Chad, from his performances over the past two seasons as Raskolnikov in Crime and Punishment and as the husband in Molly Sweeney. In fact, you’ll have two chances to see Chad this summer, as he’ll also be in our final play of the summer, The Betrothed. Vandit is new to CTC, but not to his role. He’s actually played it once before, and he talked about how exciting it was to come at a role for the second time. Elizabeth is also new to CTC audiences, and she plays Ilana, the origami artist at the center of the play.

The read itself was wonderful. Already, it was clear how much this cast is going to bring, and what a marvelous play Rajiv Joseph has written: funny, beautiful, surprising, and inventive–maybe a little like origami itself.

We were fortunate enough to be joined by Tom Hull, an astonishing origami artist, who is a professor of mathematics at Western New England University. He brought with him a number of his own designs, as well as other pieces he had folded. The picture you see with this post is his creation: five intersecting tetrahedra. We learned so much about the world of origami, and he took the cast and all the rest of us through some origami projects. His enthusiasm and knowledge were infectious, and the cast had the opportunity to ask questions that connected to their characters and to the play.

In some ways this was unlike any other first rehearsal I’ve been to; folding is rarely a central part of the operation. In other ways, however, it was just like every other: full of excitement and promise. Come join us starting July 5, and see where all this talent takes us!