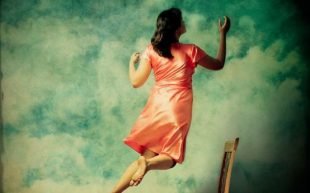 The final installment in CTC’s 2012 Uncommon Love Stories season will be The Betrothed by Dipika Guha. Ms. Guha’s beguiling, funny fable of love pursuing its unpredictable course is receiving its regional premiere in only its second professional production. The Betrothed, which The Boston Globe welcomed as “a whimsical tour of the supernatural,” opens on August 15th, playing through August 26th.

“This magical play is the perfect finale for this season of Uncommon Love Stories” says CTC Artistic Director Byam Stevens, who will also be directing the production. “There’s a saying in the theatre trade that all plays are love stories (sometimes the love in question is of money, power, fame, etc.) and this season has certainly confirmed that saying, even though there hasn’t been a conventional romantic comedy in the series. Which isn’t to say that we haven’t shared romance and comedy and heartbreak and betrayal and mystery – all the makings of great contemporary theatre!”

The Betrothed opens as Simon’s flight crosses the Atlantic to the Old Country. Betrothed since birth, he’s waited thirty long years to meet his beloved, and he imagines the beautiful woman waiting for him. Upon arrival, his fantasy is derailed by old crones, morally ambiguous clergymen, deceitful babies, and barnyard animals. Simon must navigate a world where murder, ghostly possession, and rampant cuckoldry and visits to the afterlife wreak havoc with his sense of reality. The irresistible result? An existential comedy with a fairy tale heart.

Dipika Guha was born in India and raised in Cochin (now Kochi), London and Moscow. Her plays have been presented in New York at Playwrights Horizons, Clubbed Thumb, the Lark, and The Flea. Other credits include: Oregon Shakespeare Festival, Wellfleet Harbour Actors Theatre, and London’s Old Vic New Voices. She is a graduate of the MFA Playwriting Program at the Yale School of Drama where she studied under Paula Vogel and is an alumnus of the Young Writers Program at the Royal Court Theatre, London.

Byam Stevens has been the Artistic Director of CTC since 1998. His Off Broadway credits include: The Dishwashers; The Bully Pulpit, starring Michael O. Smith as Teddy Roosevelt; and the World Premiere of Carbondale Dreams by Steven Sater (author of the Tony Award winning Spring Awakening). For CTC he’s directed the World Premieres of: The Darlings, Home Fires Burning, The Plains of Ilion and John and Teddy. Other productions for CTC: Wittenberg, Last Train to Nibroc, Love Song, The Dishwashers, Grace, Two Rooms, The Nina Variations, Tea for Three, An Almost Holy Picture, Valley Song, The Interrogation of Nathan Hale, Shirley Valentine, and the American Premiere of Sixteen Words For Water. He also mentors young dancers at American Ballet Theatre under the auspices of an Annenberg Foundation grant.

Chad Hoeppner (Simon) returns to CTC following his acclaimed portrayal of Raskolnikov in last season’s highly praised Crime and Punishment. He has appeared on Broadway in Come Back Little Sheba and Simon Gray’s Butley.  His many Off-Broadway credits include: The Mint Theater, Classic Stage Company, The Acting Company, Baryshnikov Arts Center, and the New York Shakespeare Festival. TV:  Law and Order: SVU, General Hospital. Chad will be pulling a theatrical double header at CTC this summer, having starred as Andy in Rajiv Joseph’s Animals Out of Paper.

Caitlin McDonough-Thayer (Cecilia/Rasheeda) previously appeared at CTC in The Lower Cortex. She is a well known fixture in the New York’s Downtown Theatre scene, having worked extensively with Richard Foreman’s world renowned Ontological-Hysteric Theatre. Other New York credits include: The Wife, directed by May Adrales; and gigs with ARS NOVA and The Ohio Theater.

John Shuman (Gonan/The Priest) is returning to for the third time – the first two: The Dishwashers (which transferred Off Broadway) and Underneath the Lintel (presented at Springfield’s CityStage). His Broadway credits include: La Cage Aux Folles and 13 Rue de L’Amour.  Off Broadway: The Fantasticks, Hot L Baltimore, Moonchildren. He has worked regionally at The Guthrie, Portland Center Stage, Yale Repertory, Pittsburgh Public, Bay Street, and The Alley Theatre.

Anderson Matthews (Solomon/The Son) has appeared at CTC in The Plains of Ilion, The Interrogation of Nathan Hale, and The Drawer Boy. His Broadway credits include The Robber Bridegroom and Peter Ustinov’s Beethoven’s 10th.  Off Broadway he has appeared in Ten by Tennesee, Beef (directed by Byam Stevens), and for 19 months as Boolie in the original production of Driving Miss Daisy. Regional credits include Repertory Theatre of St. Louis, Cincinnati Playhouse, Contemporary American Theatre Festival, Pittsburgh Public Theatre, Old Globe, and Arena Stage. Way off- Broadway he appeared at London’s Old Vic in The Cradle Will Rock.