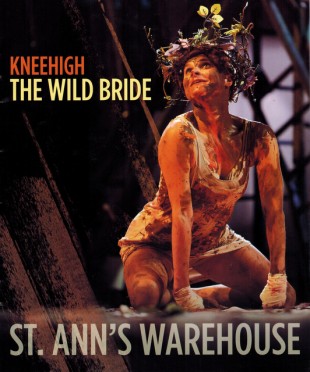 Dire warnings of blizzard-like conditions were forecast as we prepared for our first New York City Theatre Tour. But, as is often the case, the theatre lovers who braved the supposed weather threat were well rewarded. A few flakes accompanied our departure from the Basketball Hall of Fame, but by the time we were passing Enfield, CT, there was nary a flake in sight. In fact, having departed right on schedule at 10:00am, we pulled up in front of St. Ann’s Warehouse in Brooklyn at 12:40pm, well ahead of schedule, having enjoyed a morning snack.

With a 3:00 curtain, we had plenty of time to sample some of DUMBO’s (Down Under the Brooklyn Bridge Overpass) charming eateries. Many of us had a New Orleans style brunch served to the accompaniment of live zydeco. Others opted for the quieter confines and Mediterranean fare of AlMar.

THE WILD BRIDE is the creation of Kneehigh, a theatre collective based in Cornwall, UK. Their acclaimed shows, including the Tony nominated BRIEF ENCOUNTER and THE RED SHOES, are built around the specific talents of the company. And, this company’s talents result in physically vigorous productions in which music plays an integral part. CTC Artistic Director Byam Stevens had seen the production in Dublin in 2011 (on CTC’s annual Dublin Theatre Tour) and wanted to share this innovative company’s work with other members of the CTC community. 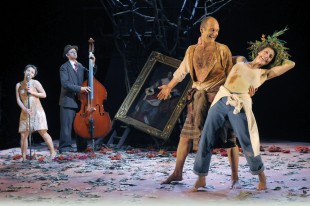 THE WILD BRIDE hews very much to the model described above, with intricate movement and dance set to a score that featured a wide range of musical styles. The piece is based on a Grimm’s fairy tale and it embraces all the Grimm earmarks – interweaving magic and violence in a pre-Tarantino mix that can also be quite funny. It is the tale of a simple farmer who is tricked by the Devil into selling his daughter and that daughter’s long journey to love and happiness.

One intriguing aspect of the production is that Kneehigh combined a European folk story about the Devil with an American roots music tradition about selling one’s soul to the Devil for musical mastery (think Robert Johnson). All the music, which was virtually through-played comes out of a blues-inflected tradition – including blues, jazz, gospel and vaudeville. Setting a 19th century European fairytale in the mid-20th century American South gave the experience a fresh and unexpected twist.

THE WILD BRIDE is a tribute to the human capacity for enduring, and the heroine, whose journey spans many harrowing years, is played by three different actresses as she transitions from frightened girl to courageous mother. All three actresses brought passion and commitment and very different talents – singing, dancing, violin playing — to the role. 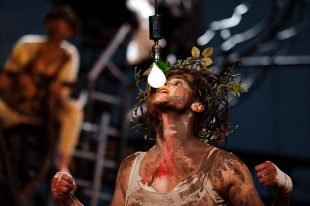 In the end, true love triumphs — but not before we’ve experienced humor, horror and heartache blended in a way that is innovative, whimsical and completely theatrical.

These aspects of the show were discussed in our first on-board TalkBack, moderated by Byam Stevens. It took us a while to get the hang of passing the microphone on a moving bus, but it was well worth it.

Having enjoyed wine, cheese and a hummus surprise, we arrived back in Springfield, again ahead of schedule. At that point, some of us retired to Uno’s for a little deep dish pizza and further conversation. All in all, our first New York Theatre Tour couldn’t have gone any better. Here’s a sampling of the raves from our patrons: 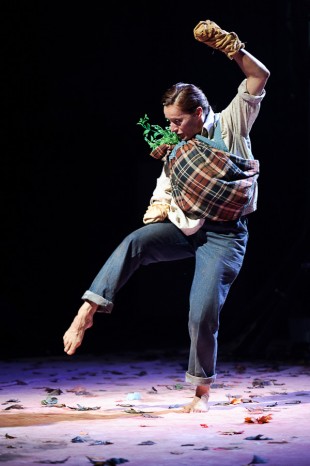 “Thank you for a fantastic day — for nourishing and expanding our minds, and for sustaining our bodies with such unexpected victuals!”
-Helga B.

“A great production and a really successful excursion. Thank you!”
-Judy M.

We hope to see you on our next trip, scheduled for May 11, to see Deirdre Kinahan’s THESE HALCYON DAYS at the Irish Arts Center in Midtown Manhattan. Click here for more details!