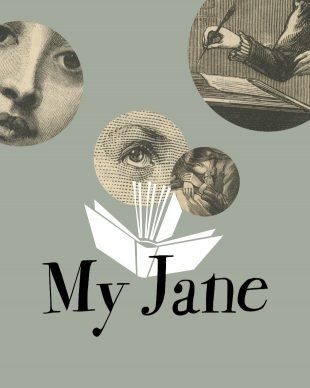 Chester Theatre Company is proud to announce its 2016 season, the 27th since the theater was founded in 1990 and the first under the leadership of Producing Artistic Director Daniel Elihu Kramer. The four-play season will run from June 29th through August 28th at the Chester Town Hall,15 Middlefield Road, Chester, MA.

“I am extremely excited about the range of stories we’ll be telling,” said Kramer, who served as CTC’s Associate Artistic Director from 2012 to 2015. “This season will take our audiences to very different worlds, from Jane Eyre’s England, to God visiting a therapist in Israel, to a mysterious encounter in a dilapidated cabin on Cape Cop, to the Lorraine Motel on the last night of Martin Luther King, Jr.’s life.”

My Jane by Daniel Elihu Kramer, June 29–July 10th, 2016
World Premiere
Adapted from the novel by Charlotte Brontë, Kramer’s newest play is his second for CTC, following his hit box office hit Pride@Prejudice in 2011. A contemporary classic, My Jane weaves Jane’s romantic story with the lives of her readers, all of whom have their own beloved “Jane.” My Jane will be directed by New York-based Knud Adams, whose immensely popular production of Body Awareness was presented at CTC in 2013.

Oh God by Anat Gov, July 14–24, 2016
Produced in partnership with Israeli Stage
Regional Premiere
Called “delicious,” ”amusing,” and “outrageously risky…” Oh God centers around a therapy session in which psychologist Ella has only one chance to talk her new patient, a very depressed God, out of destroying his most disappointing creation—humankind. Oh God will be directed by Israeli Stage’s artistic director, Guy Ben-Aharon, and feature three-time IRNE Award-winner Maureen Keiller as Ella and Norton Prize honoree Will Lyman as God.

Sister Play by John Kolvenbach, August 3–14, 2016
Regional Premiere
Family secrets are revealed, preconceptions are overturned, and a sister’s overbearing love is tested when a mysterious drifter appears at a moldy cabin on Cape Cod. When it opened in 2014 at the Harbor Stage Company in Wellfleet, Sister Play was hailed as “fresh and potent” by the Boston Globe. CTC Producing Artistic Director Daniel Elihu Kramer directs this witty Massachusetts original.

The Mountaintop by Katori Hall, August 18–28, 2016
Regional Premiere
On the last night of his life, Dr. Martin Luther King, Jr. meets Camae, an irreverent maid at the Lorraine Motel who challenges everything he believes about his humanity, mortality, and legacy. Winner of the 2010 Olivier Award in London, The Mountaintop explores the very real, flawed man behind the myth. Director to be announced.

There will be Talkbacks following Thursday matinees and Saturday evening
performances and a Panel Discussion featuring outside experts after the first Sunday
matinee of each play.

New this season at Chester will be a change in the Friday performance schedule, with a
matinee at 2:00 p.m. and no evening performance. Friday matinees will be followed by a new feature: Cast Conversations, with cast members staying for a discussion about their work on the show.